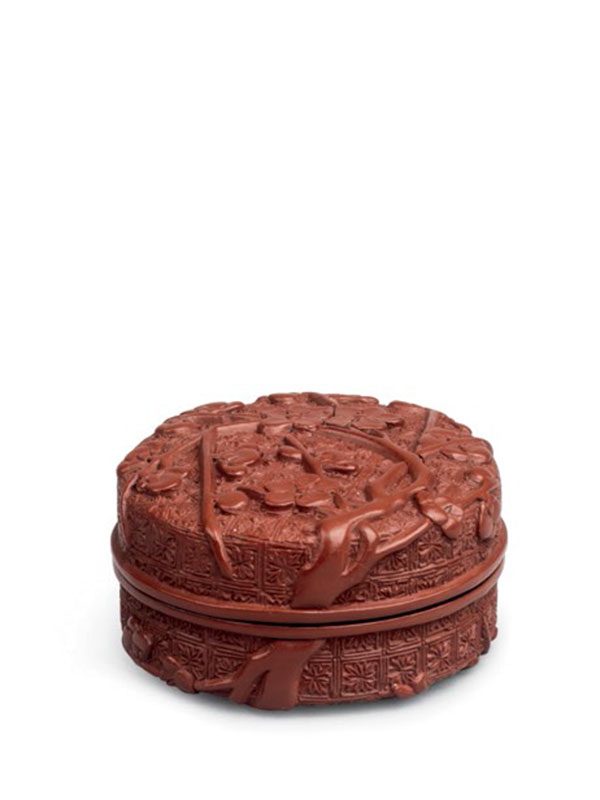 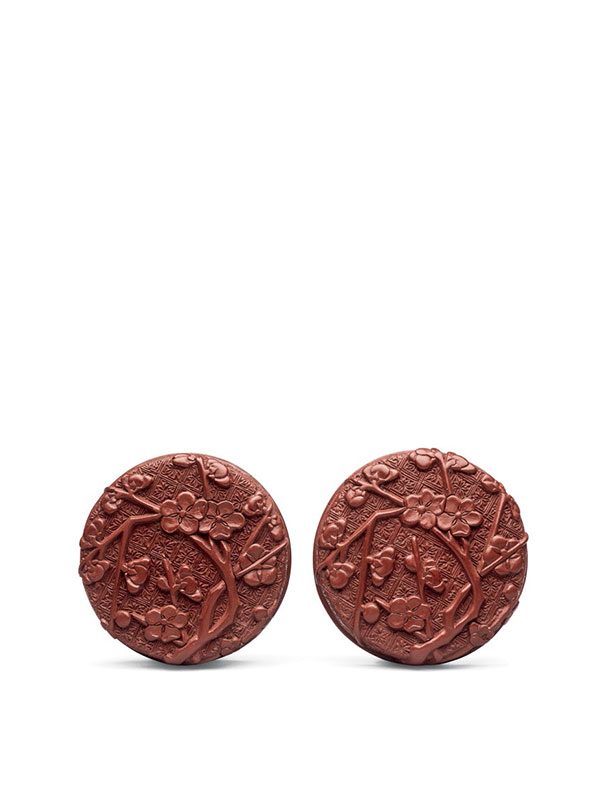 A cinnabar lacquer box of circular form with straight sides, terminating in lipped rims. The slightly domed top and the flat base sections are similarly carved through a thick layer of lacquer with an overall design of plum blossoms and leaves on branches. The naturalistic design is set against a background of finely carved starburst diaper. The interior and the lipped rims are both lacquered black.

Blooming on withered old branches, plum blossoms are not only a welcome sight in winter, but also a symbol for vigorous old age. This design is very popular on Ming lacquer pieces, and can be observed on a mid-Ming dynasty brush pot in the collection of the Palace Museum, Beijing. [1] Small circular boxes such as the present example were used to store incense powder, cosmetics or other personal items. A practically identical box, closely comparable in the plum blossom design and the starburst ground, but slightly larger in size, is dated to the 16th century of the Ming dynasty and in the collection of the National Palace Museum, Taipei (fig. 1). [2] This comparable example was in the Qing Court collection and originally used to store a jade piece. Another closely comparable cinnabar lacquer circular box from the Florence and Herbert Irving collection, the only difference being the key-fret diaper ground, is in the Metropolitan Museum of Art. [3]