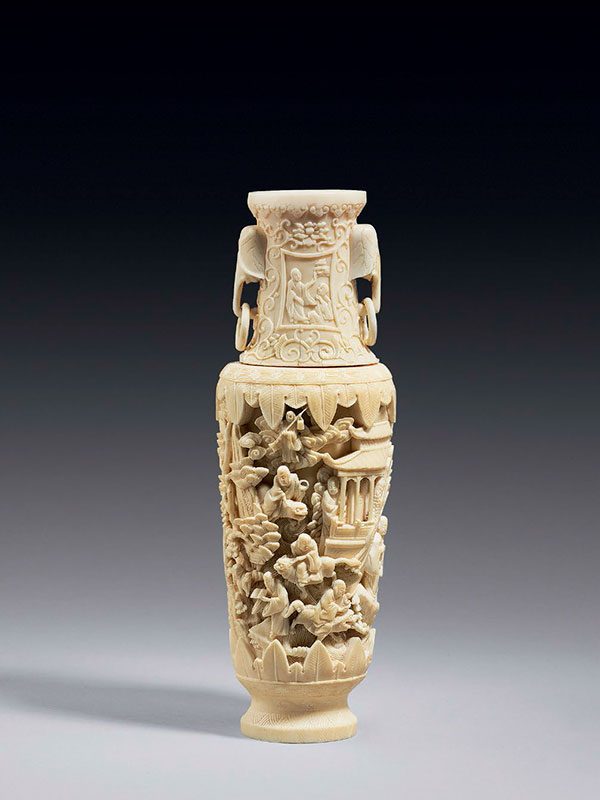 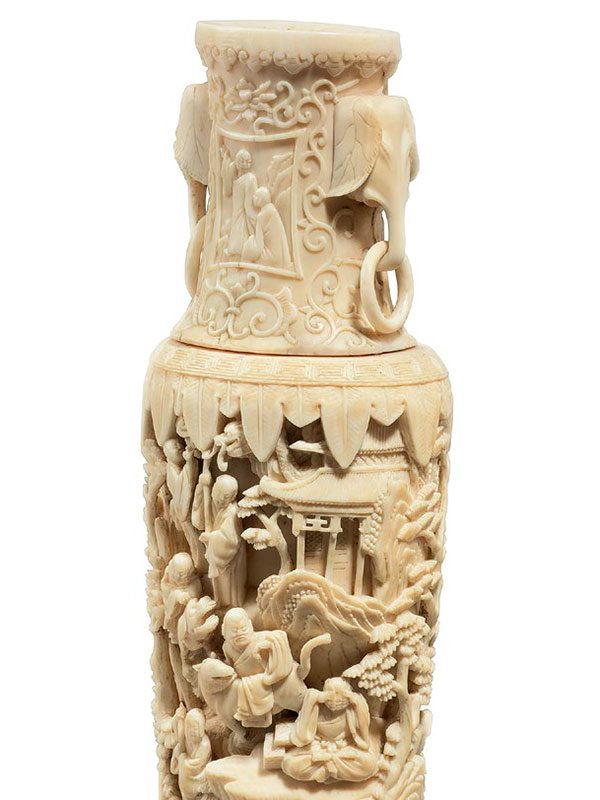 An ivory vase of baluster form, made in two parts. The vase is supported on a hollowed footrim, the cylindrical body rises up and tapers out slightly at the shoulders. Two loop handles in the form of elephant heads from which two ring handles are suspended protrude from the recessed neck. The neck is carved in shallow relief and the body of the vase is carved in deep relief with a scene of the 18 luohans in a landscape setting. The base is plain and shows the fine texture of the ivory.

Elephant ivory was available in China and used for carving from very early times. Since the early 16th century ivory from Africa, India and Southeast Asia was regularly traded to the port of Guangdong (Canton) by Portuguese and Dutch merchants, which helped to establish it as the single most important centre of ivory working in China, supplying both the domestic and export markets.[1] In Buddhism the luohans, or arhats, were freed from the cycle of reincarnation and acted as ‘guardians of the law’. The earliest Chinese representations of luohans can be traced to the 4th century, but it was not until after the 8th century that sinicised dragon-subduing, tiger-taming, or sea-crossing luohans evolved, forming a new group known as the Eighteen Luohans.[2] This ivory vessel, showing Western influence in the dense  composition, combined with the intricate technique of the Guangdong craftsmen, is typical of export products in the late Qing dynasty. A closely comparable covered ivory vase, described as ‘in bronze form’, with similar dense carving and Daoist Immortals in a garden scene is in the Sir Victor Sassoon collection.[3]