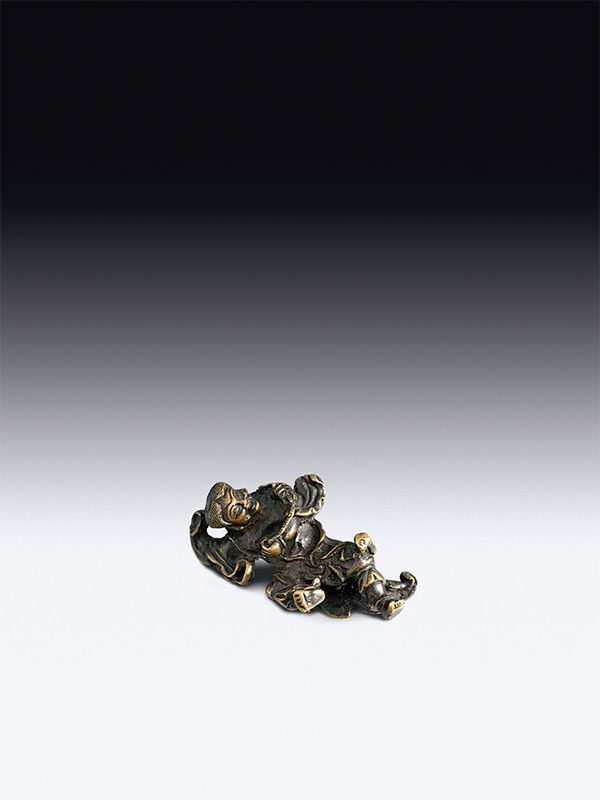 A combined bronze paperweight and brushrest, representing the immortal Liuhai in a recumbent position, dressed in billowing robes. He holds his string of cash in both hands over his shoulder. His companion, the three legged toad, rests on his left knee. His right leg is bent at the knee. On his back he carries a large gourd flask. The Immortal’s face has a laughing expression. The bronze is mostly covered in an attractive dark brown patina, leaving small areas uncovered where the copper­ coloured material shows through.

Liuhai was originally a civil servant and an alchemist during the latter part of the Tang dynasty, but he became a Daoist Immortal and is generally considered the God of Wealth; he invariably holds a string of Chinese coins. He is always seen with a three-legged toad, itself a symbol of prosperity. This animated bronze serves both as a rest for brushes and as a paperweight: the relatively heavy weight certainly warrants the latter.