Bronze paperweight in the form of a mythical creature 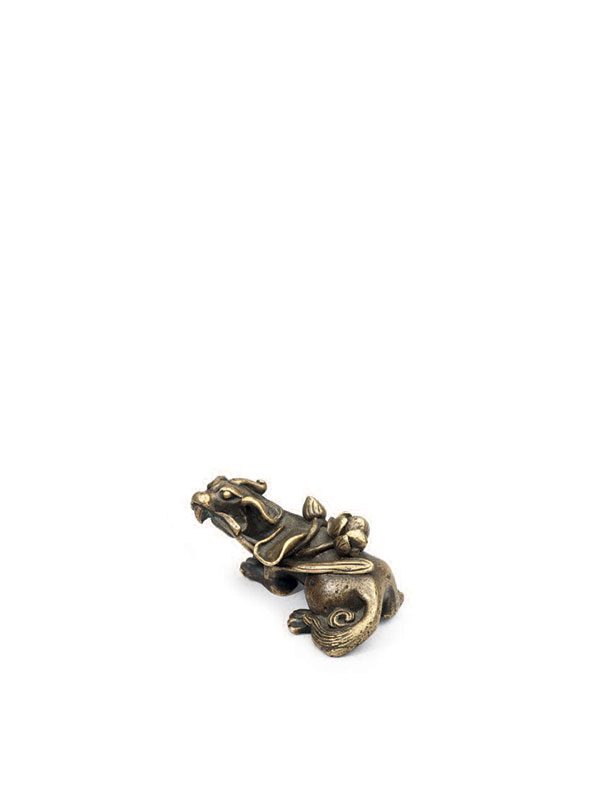 This unicorn mythical creature, sometimes mistaken for a ram due to a similar appearance, is known as a xiezhi in China. Its ability to discern truth from lies, and its formidable habit of immediately piercing liars with its single horn, made it the emblem of a special group of court officials known as the Censoriate, and a particularly apt symbol for the Censoriate’s rank badges.[1] The lotus branch carried in its mouth further embodies purity and perfection, because a lotus rises undefiled from impure muddy waters.[2] A comparable giltbronze paperweight of a seated lion, dated to the Ming dynasty, was included in the 1986 exhibition Arts from the Scholar’s Studio.[3]