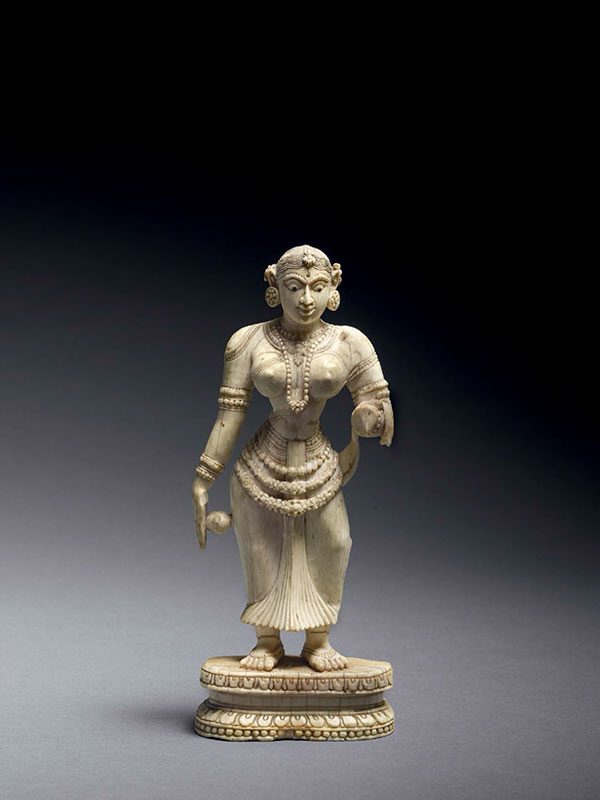 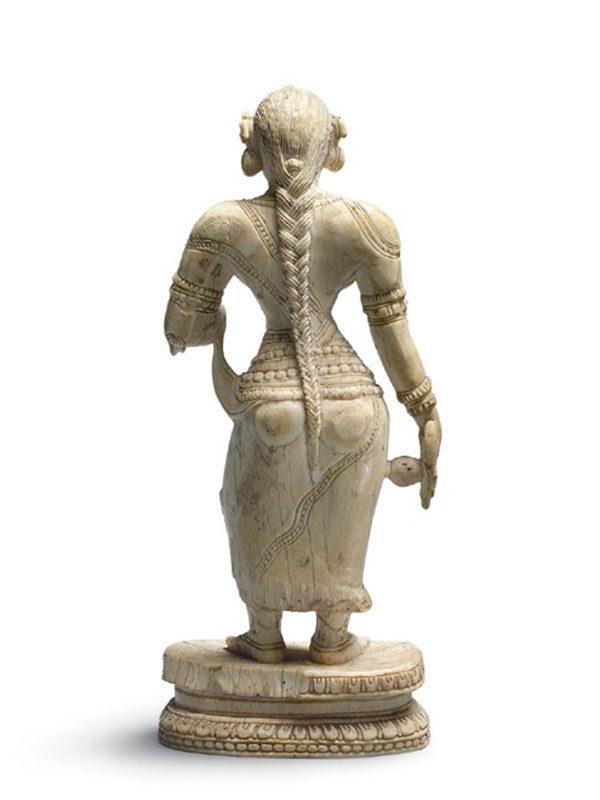 A finely carved ivory figure of a lady, standing on a stepped, oval base. Her left leg is slightly bent, giving the figure the impression of moving forward.  Her bare feet stand slightly apart. She has a delicate face with the mouth closed and a slightly smiling expression.  The straight nose splits into long curved eyebrows, framing the almond-shaped eyes. Her ears are adorned with large disc-shaped earrings. Her hair is neatly combed and adorned with a jewel. A magnificent heavy braid of hair hangs down the entire length of her back. She has a straight posture with her left arm bent forward, the end part of which is missing. Her right arm is extended straight down next to her body, the delicate hand holding a ball that is attached to her lower hip. She wears several necklaces and armbands, both around her wrists and upper-arms. An elaborate dhoti (loincloth) is folded around her waist and flows down between her legs into an intricate fan shape. The ivory is of clean white tone, the back slightly darkened.

This exquisite ivory figure is carved from a single piece of ivory and is of an even white tone. Ivory has been in demand since ancient times. The smooth, satin white material was used extensively for jewellery and furnishings, such as caskets, boxes, beds, chairs, thrones and palanquins. Doors, pillars and even entire pavilions in ancient palaces were frequently made of ivory. According to the Ramayana, walls and pillars were inlaid with ivory. A comparable ivory figure from Madurai is in the British Museum, London.1