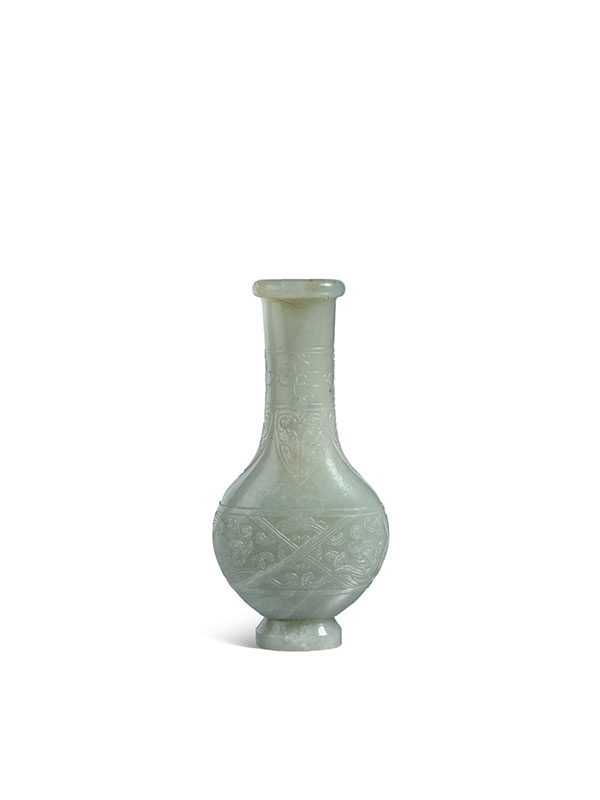 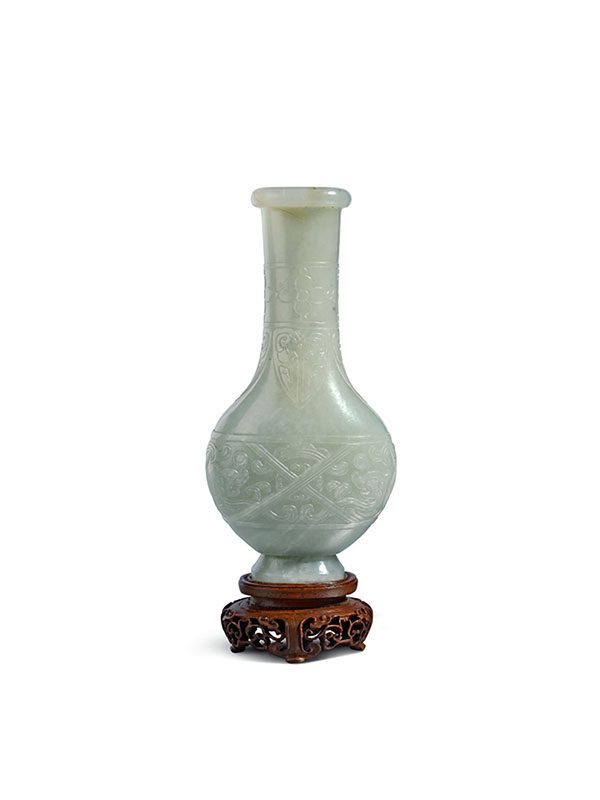 A small jade vase of flattened bottle shape. The long neck surmounts the globular body, which is supported on a stepped foot rim. The neck terminates in a rolled rim. The body is carved with archaic patterns, including diagonals and kuei dragons. Bands of pendant leaves and stylised flower-heads encircle the neck. The stone is of even, pale celadon tone and shows some black and white fissures. The vase is supported on a carved wood stand, which is original.

After the completion in 1751 of the Xiqing Gujian, an illustrated catalogue of ancient bronzes in the imperial collection, the Qianlong Emperor set the trend for a group of jade vessels to be made ‘in imitation of antiquity’.[1] The Xiqing Gujian became an inspirational source for jade carvers, who imitated the various bronze shapes in jade, and this subtly carved bottle vase is a good example.