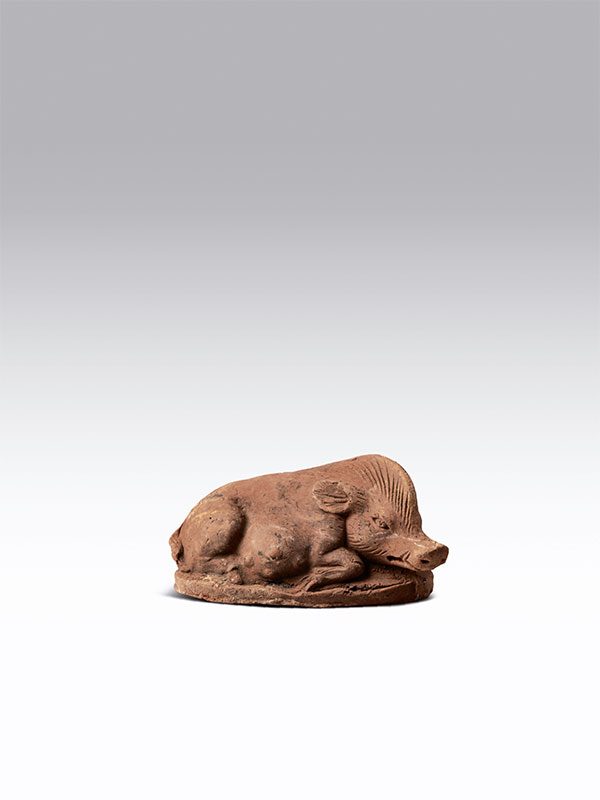 Pottery figure of a boar

A pottery figure of a recumbent boar, the legs folded underneath its bulky body with the left front leg stretched out before him. The boar is supported on an oval base and turns its head slightly to the right The ears and eyes are modelled in detail and the mane has incised detail, mimicking the real mane. The tail is curled around the hindquarters. The buff­ coloured pottery is covered in a thin layer of white slip and the animal is hollow inside.

The northern Chinese boar (Sus scrofa moupinensis) is a subspecies of wild boar native specifically to coastal regions in China, such as Sichuan province. A closely comparable model of a recumbent boar, this example covered in polychrome glazes, is in the Meiyintang collection.[1]