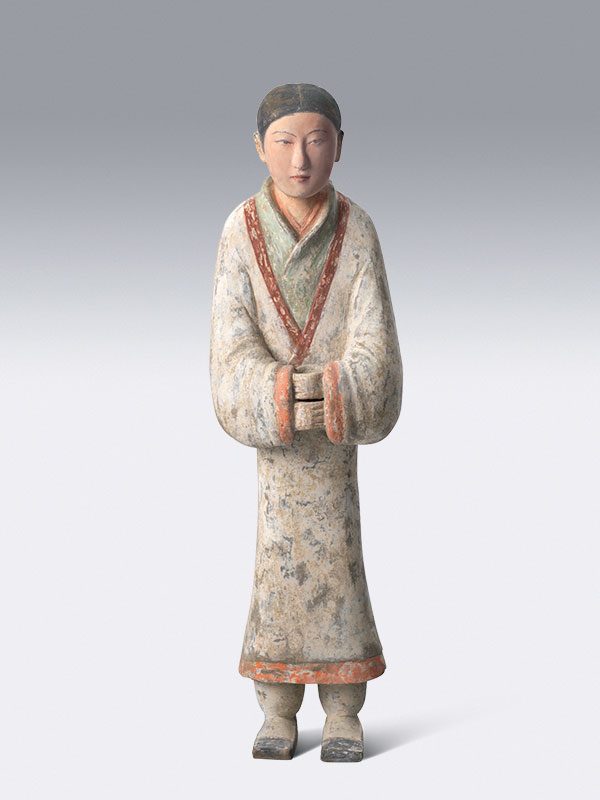 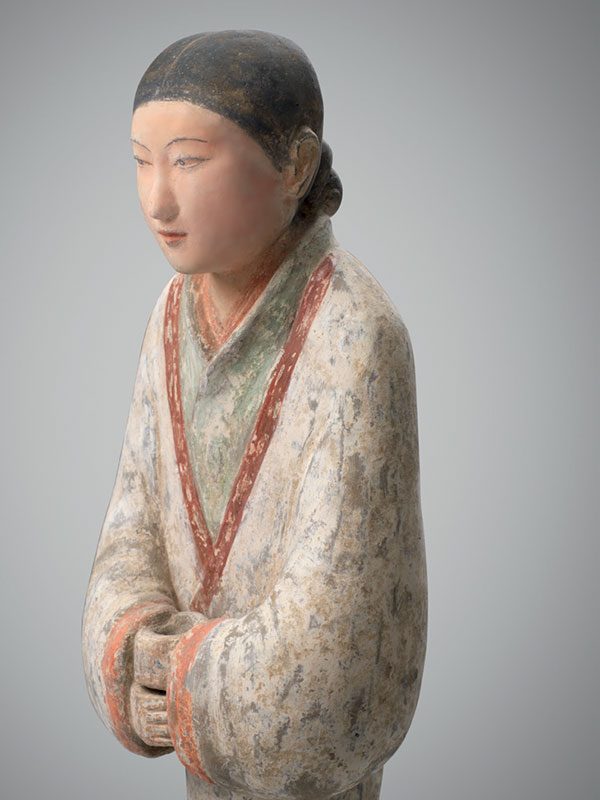 A pottery figure of a standing court attendant

A pottery figure of a standing court attendant, wearing a three-quarter length outer robe with full sleeves over an inner robe and full trousers. The robe is crossed at the front and belted. The feet are shod in simple, flat, square-toed shoes. The face is crisply detailed and the black hair is pulled back from the forehead and gathered in a bun at the back of the neck. The face is touched in with red and black details and has a benign expression. A layer of cream-coloured slip covers most of the robe, exposing small areas of the grey clay underneath. The hems of the robe are painted in red and the scarf in green pigment.

The joined hands of this figure cover a cylindrical hole, indicating that the figure most probably once held a staff or a lamp that was made of another material such as metal or wood. The large size and quality of modelling indicates that it was intended for the tomb of a high-ranking person. The attendant is similar to two examples from a group of figures that was excavated in 1966 from a tomb at Renjiapo, an eastern suburb of Xian, in Shaanxi Province.[1]  In the accompanying text, the authors state that the Renjiapo pits are associated with the tomb of Empress Dou (died 135 BC), who was the wife of Emperor Wen Di (reigned 180-157 BC). They argue that their dress and demeanour identifies these figures as court attendants. A similar figure, also dated to the Western Han dynasty, is in the collection of the Victoria & Albert Museum in London.[2]