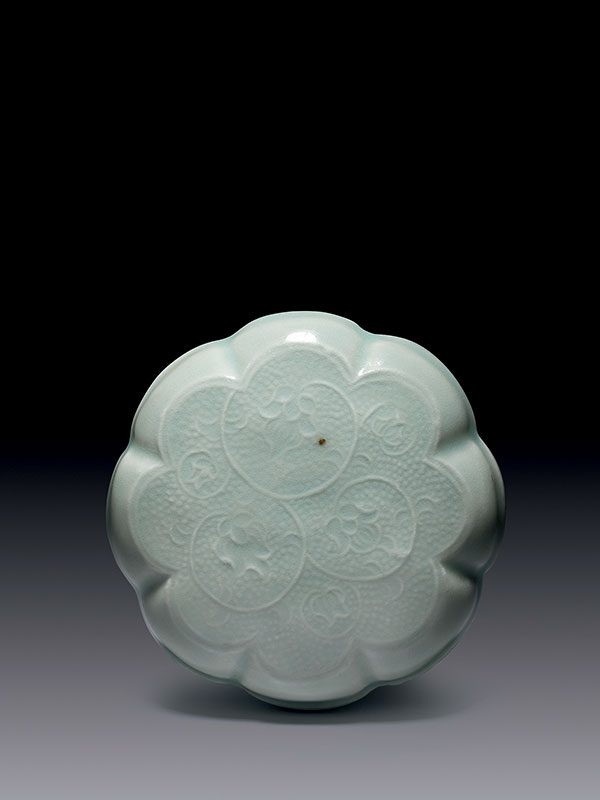 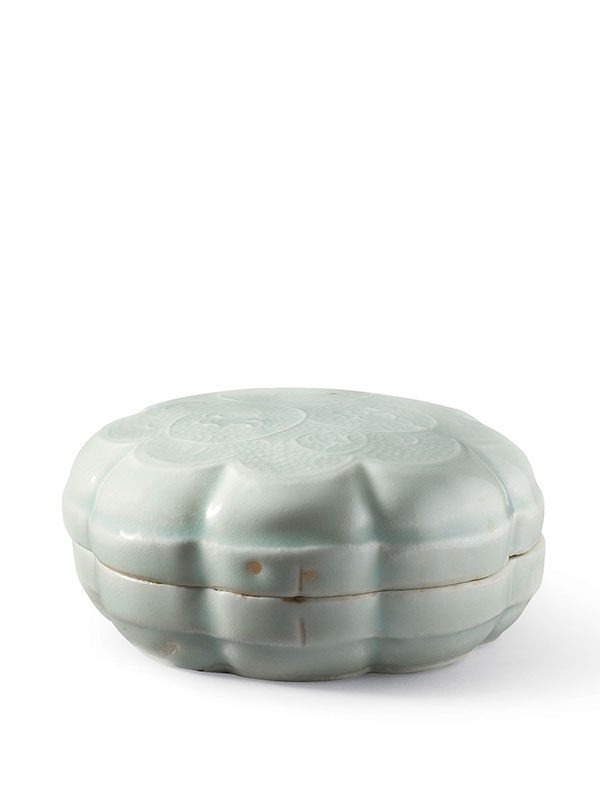 A qingbai porcelain box of eight-lobed form with raised bands around the rims. The slightly domed top is impressed with a pattern of scrolling flowers, forming three main looped decorations against a background of raised dots. The box is covered in a thin, translucent pale blue glaze, leaving the rims and base uncovered, exposing the sugary white body, which has characteristic brown and black firing marks on the base. The box has two incised vertical strokes in the glaze on the side edges to indicate the correct alignment of both parts.

Qingbai meaning ‘bluish white’, is also commonly known as yingqing (‘shadow blue’), the colour resulting from the reduction of a tiny amount of iron in the glaze with minimum impurities in body and glaze material during the firing. Qingbai porcelains are fired in dragon kilns with wood fuels and the brown burn marks on the base are due to the re-oxidation process and iron impurities in the clay body.[1]   The lobed form with raised bands around the rims appears to have been popular from the early 12th century onwards; a similarly decorated, slightly smaller box of hexafoil form, impressed with a four-character mark on the base reading Wangjia zizheng (meaning ‘recorded by the Wang family’), was excavated from a tomb dated to 1111 in Poyang county.[2] Another closely comparable example, excavated from a Song dynasty tomb in 1965 is preserved in the collection of the Hubei Provincial Museum.[3]  Two other qingbai boxes of hexafoil form but with somewhat different decoration are respectively in the collections of the British Museum[4] and the National Museum of Korea.[5]