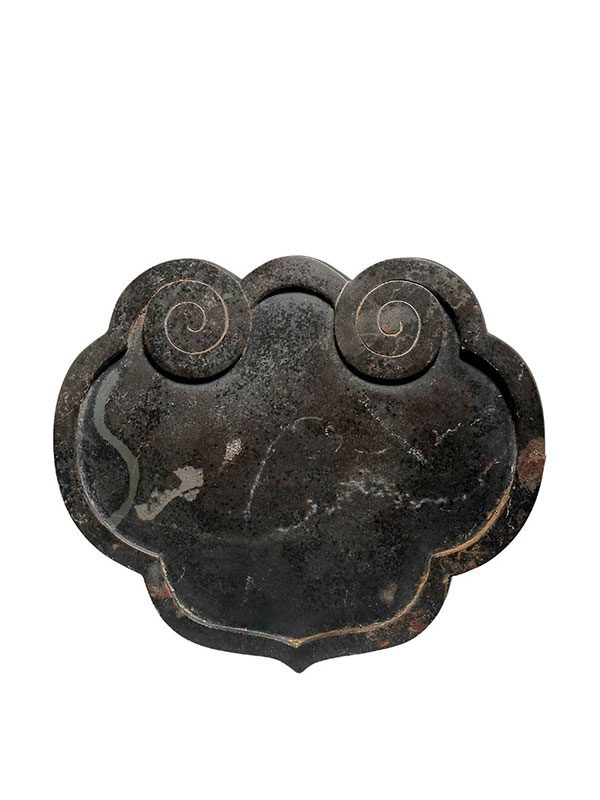 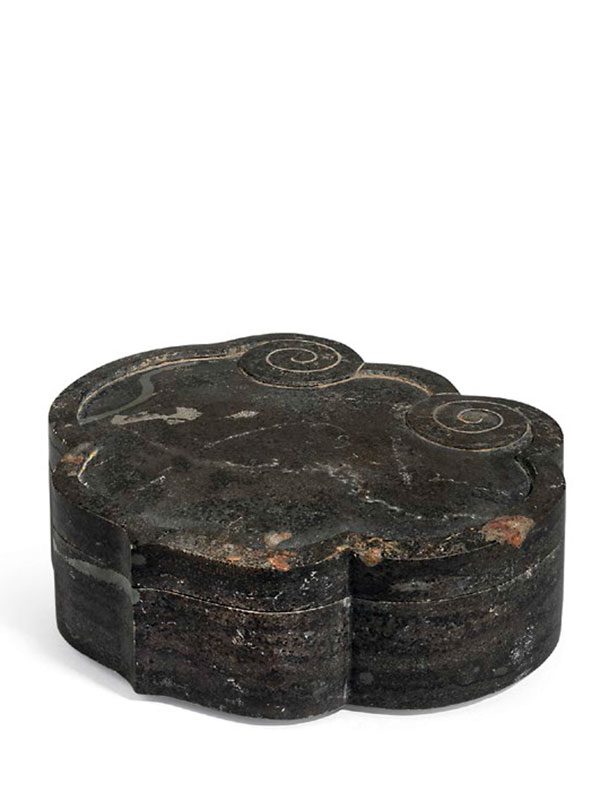 A substantial stone box of ruyi head form with straight sides, supported on a short straight foot. The slightly domed cover is carved with a beaded rim in relief, topped with two ruyi head scrolls. The stone is of dark grey colour.  Some areas have russet material attached along the rim, perhaps acquired from other metalwares, which were buried together with this piece.

This stone box is highly unusual for its size and material. Boxes of ruyi head shape are commonly found later during the Ming and Qing dynasties; examples include a Ming dynasty lacquer box decorated with mother-of-pearl inlaid insects against a black lacquer ground.1  Foremost among the auspicious symbols of China, the ruyi (meaning ’as you wish’) sceptre, which takes its shape from the exotic lingzhi fungus, is considered by many Chinese to be imbued with magic qualities.2