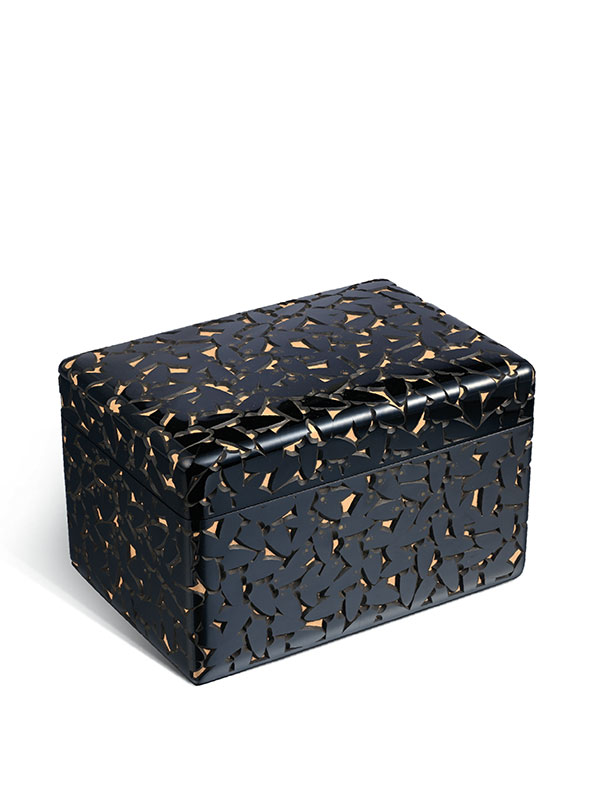 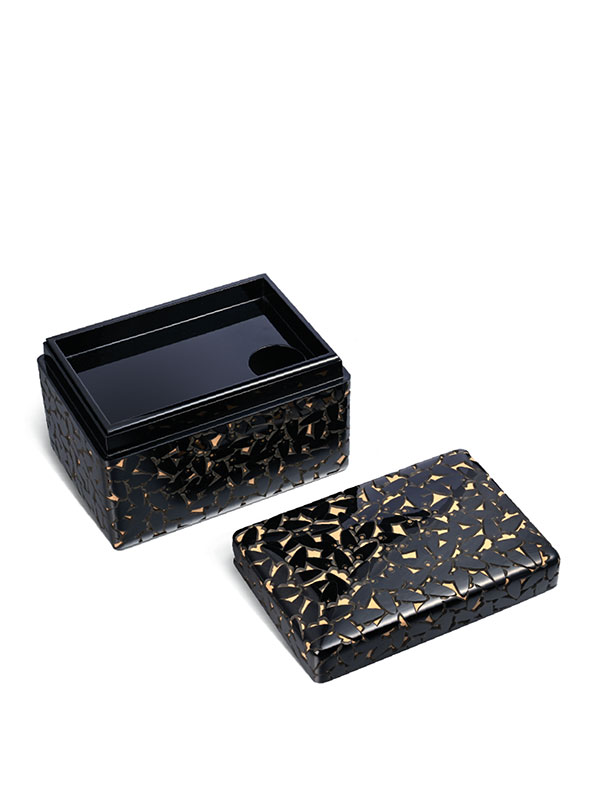 A rectangular lacquer box fitted with a drop-in tray, the exterior carved in deep relief with a pattern of overlapping leaves in glossy black lacquer on a beige ground. Some of the leaves are detailed with a sunburst pattern. The matte base is lacquered with the signature of the artist, Yamada Teruo. The box is contained within the original tomobako, the top of which is inscribed Choshitsu chabako (carved lacquer, tea box). The inside of the tomobako carries the inscription Teruo zo (made by Teruo) and the seal of the artist.

Apart from the inscription on the tomobako, the circular hole in the drop-in tray indicates that this box was originally intended to store utensils for the tea ceremony. It is very cleverly carved; it does not matter which way around one puts the cover on the box, both ways work. The artist Yamada Teruo was born in 1930. He graduated from the Takamatsu Technical High School and went to Tokyo to study under the well-known choshitsu (carved lacquer) artist Otomaru Kodo, who was designated a Living National Treasure in 1955. Like Nobyushi Yogi (see cat no.60), who also studied under Otomaru Kodo, Teruo lived and worked in Sanuki City in Kagawa prefecture. The artist exhibited at the 9th, 10th and 12th Nihon Dento Kogeiten (Japan Traditional Art Crafts Exhibitions) between 1962 and 1965 and received an award from the Kagawa Prefecture Education Committee. He also exhibited his works at the Kansai region art exhibition. Some of his pieces are preserved in the Sanuki Lacquer Art Museum in Sanuki City, Japan.