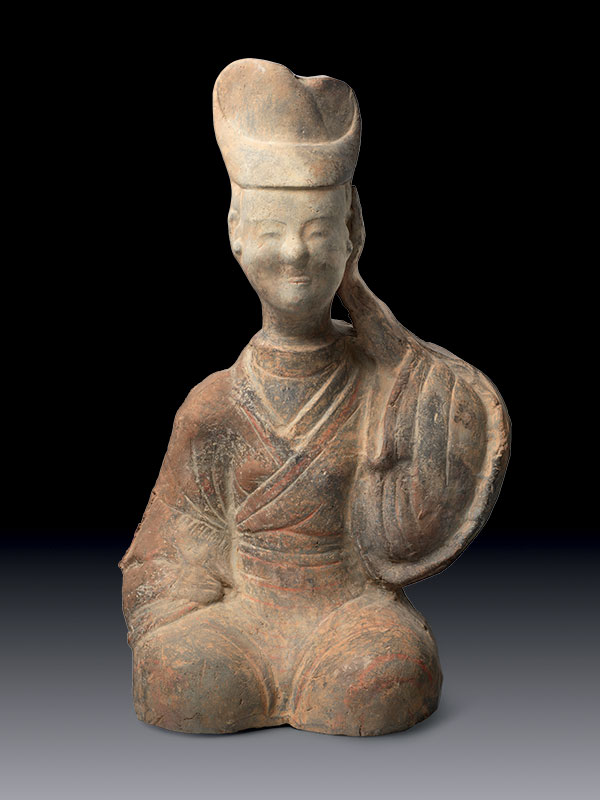 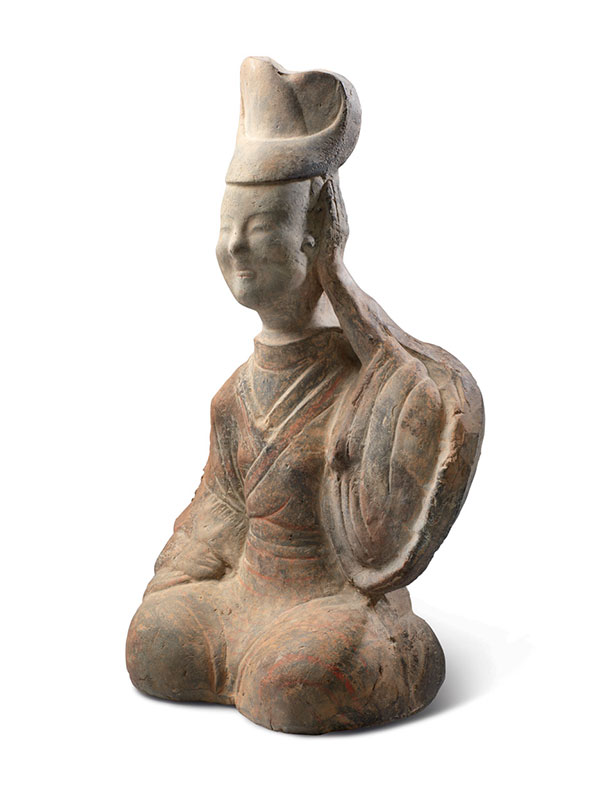 Pottery figure with hand on ear

A pottery figure of a woman depicted in listening pose, with her left hand raised to cup her ear. The figure is kneeling and dressed in an elaborate costume with full sleeves and crossover lapels. The head is moulded separately and fitted. A closely fitting turban covers the hair and the face has a calm, smiling expression.  Extensive traces of bright red pigments adorn the figure.

This charming, animated figure was made in Sichuan province. It has much in common with the well-known contemporary figures of drummers and balladeers, one of which was included in the exhibition The Quest for Eternity.[1] The figure is closely related to a group of three musicians in the collection of David W. Dewey.[2] The three figures of similar proportions are dressed in the same robes and are also portrayed kneeling. The fact the present figure is depicted in a listening pose makes sense because two of the figures in the Dewey collection are in the process of making music. The figures in the Dewey collection are dressed in full-sleeved, “winged” robes, just like the present figure.