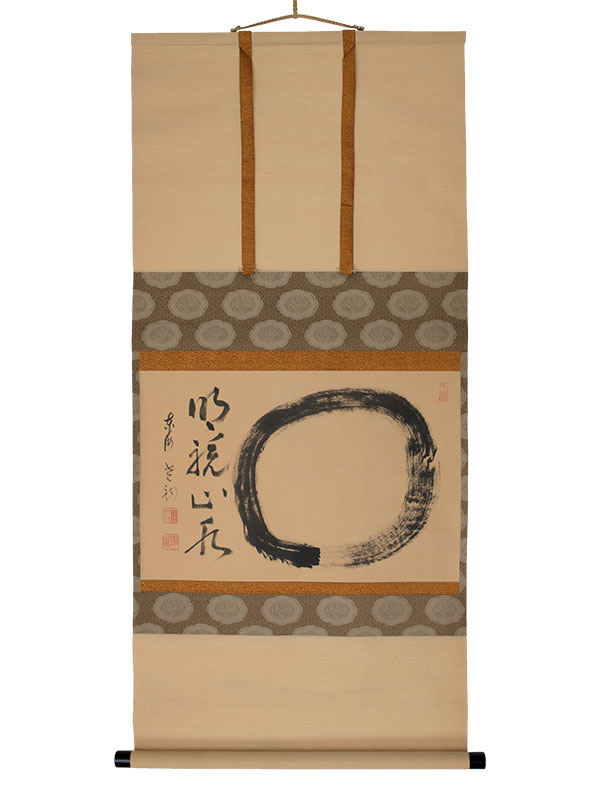 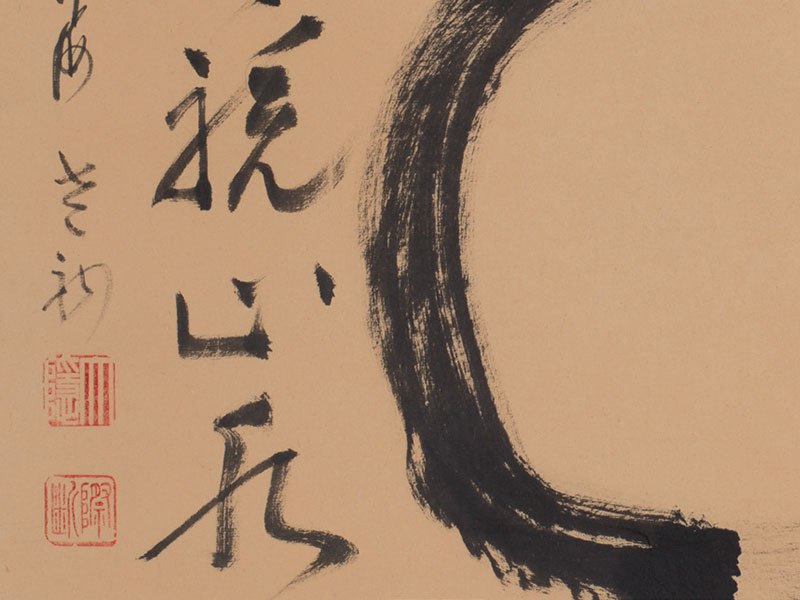 A scroll of calligraphy painted to the centre with a circular form, ensō, executed as a single brush stroke. To the left of the circle are two rows of calligraphy, reading O and Enso in the middle, and Meikyo shisui (bright mirror and clear water). Two seals read Daiin and Saidan respectively. Both are the artist’s names (go). A red seal can also be seen in the top right corner, reading Fushiki, which means “Unknown”. The scroll is contained within its original wooden storage box, tomobako, the lid of which has an inscription on the outside reading Enso, Soshi michi nanzo (Soshi dotei).  Another inscription on the inside reads Sekko gohyakunen-ki, Tokai rono, Daiin-kutsu (In memory of the 500th year since the death of Priest Sekko Shoshin).

Ōi Saidan (1915 – 2018) was born in Nishinmiya and became the upper priest of the Rinzai-shu sect of Hoko. He became a follower of Dharma and studied Zen Buddhism under Ienega Ichido. He was particularly active in Germany. In this work, executed in 1985, the circle resembles a mirror, which contains clear water. The circle, ensō, symbolizes absolute enlightenment, strength, elegance, the universe and mu, the void. The circle on this painting, which is drawn in one fluid, expressive stroke, is closed, representing perfection. It was painted in 1985, on the occasion of the 500th year since the death of the priest Sekko Soshin (1408-1486) of the Myoshinji Temple in Kyoto, the head temple of Rinzai Zen Buddhism. Sekko Shoshin rebuilt many buildings of the temple complex that were destroyed in the Ōnin war in 1467.