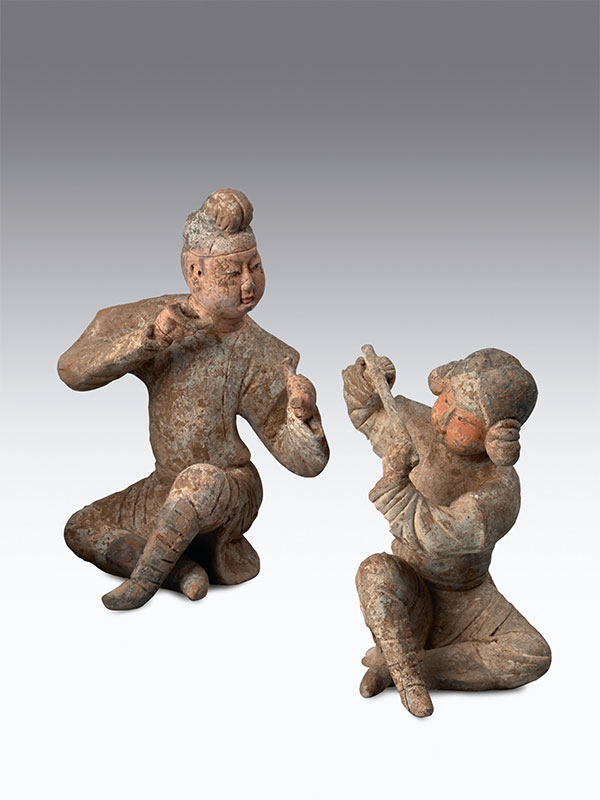 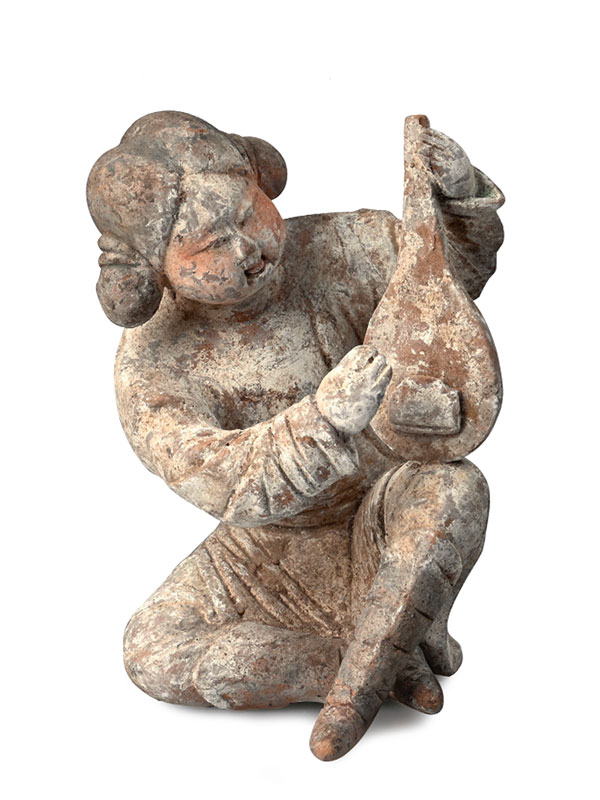 A group of three unglazed seated pottery musicians, comprising two ladies, one of whom strings a lute (pipa) and the other holds a flute (xiao) with both hands, and a man, who holds two arc-shaped objects in his hands. They wear belted jackets over trousers and long, capped boots. All figures are in animated poses with one leg drawn up and the other folded down. The heads are tilted. The two ladies have neatly parted hair drawn up in a bun on either side of their head. The man wears a tight-fitting cap that covers a bun on top of his head. The pottery is covered in a layer of slip and the details, particularly of the face, are picked out in pink pigments.

Making music was very popular in China from the Han dynasty and numerous terracotta figures playing instruments. Musicians are a popular theme during the Tang dynasty. The figures can be compared to a group of musicians seated on top of a camel, in the Meiyintang Collection.[1]