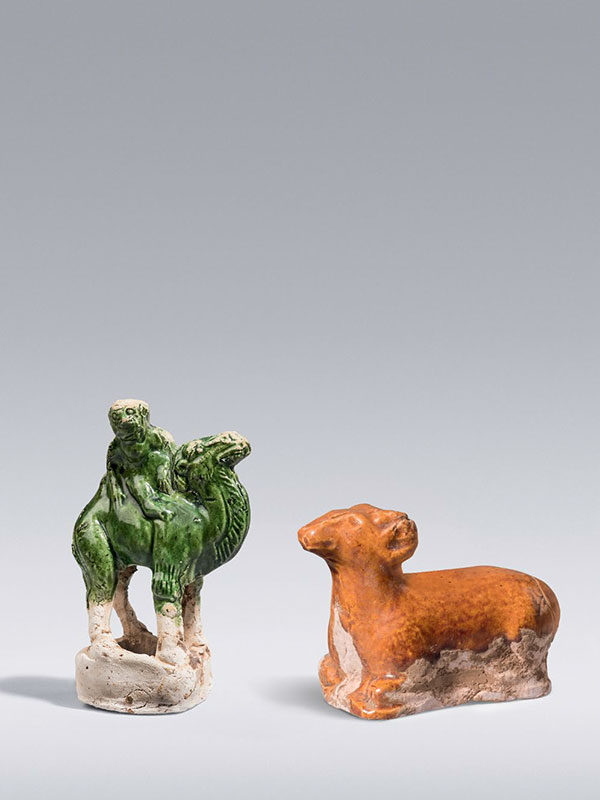 The ram (yang) was an important animal in ancient China, especially to the nomads to whom it provided both wool and meat. It is also one of the twelve animals of the Chinese lunar calendar. Its homophone yang is very auspicious, referring to both the sun and the masculine or positive principle in nature (yin/yang), hence the ram came to represent both meanings. [1] Two closely comparable small Tang pottery rams, in similar seated position and covered with a straw-coloured glaze, are respectively in the collections of the Shaanxi Provincial Museum [2] and the Victoria and Albert Museum. [3]   Pottery groups of a camel with rider are not uncommon during the Tang dynasty, but miniature forms such as the present example are comparatively rare. A pottery standing camel, covered with sancai three- coloured glaze, is in the collection of the Idemitsu Museum of Arts, Tokyo. [4] Two further comparable small camels in reclining position, covered in amber glaze and perhaps deriving from the same mould, are in the Meiyintang collection. [5]