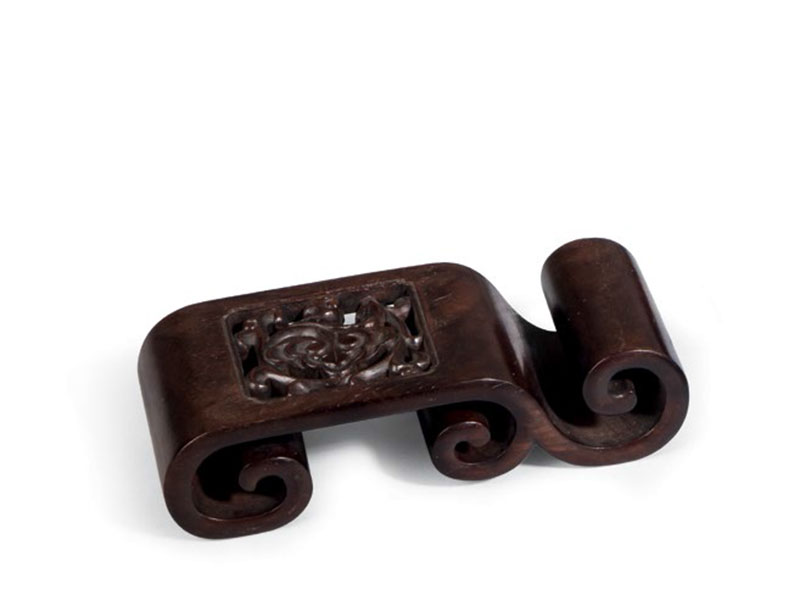 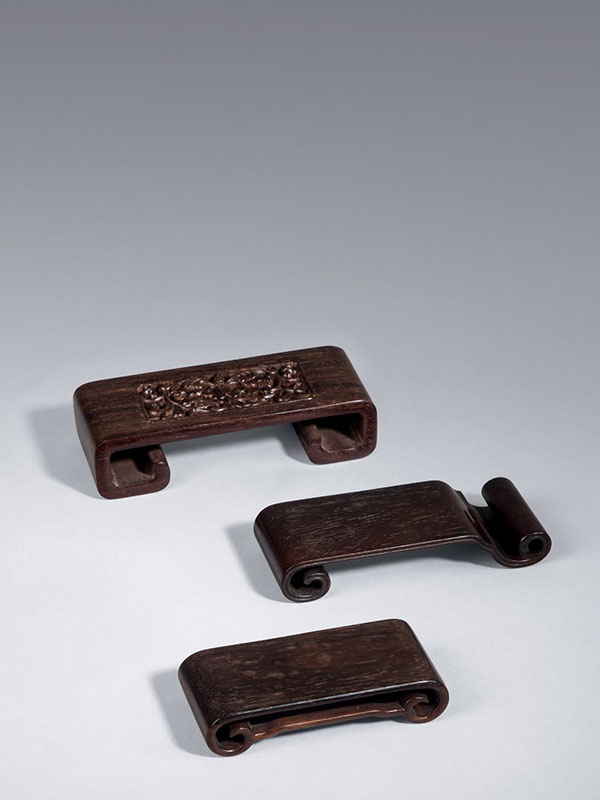 Four small zitan ink stick rests of different rectangular shapes, each with a flat surface and scroll ends. Two rests have a panel of openwork carving to the top, the other two are plain. In all four rests the wood is well polished and has the purplish hue typical of zitan.

Ink stick rests (also known as ink rests) are commonly found in a scholar’s studio, favoured by those who have attained the highest levels of literati taste. Zitan (‘purple sandalwood’) is the most dense and slow growing of hardwoods used to create objects for the scholar’s desk, and occurs rarely due to size limitations and the delicate nature of zitan. Two comparable Qing dynasty ink stick rests, each made of a whole piece of jade, are in the collection of the National Palace Museum, Taipei. [1] An ivory ink stick rest carved with a pair of dragons and dated to the 19th century, is in the collection of the Asian Civilisations Museum, Singapore. [2]