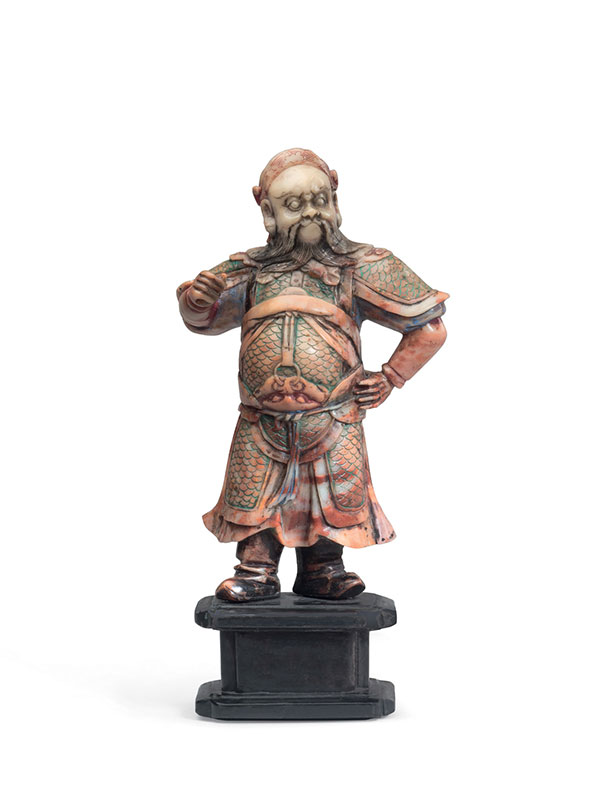 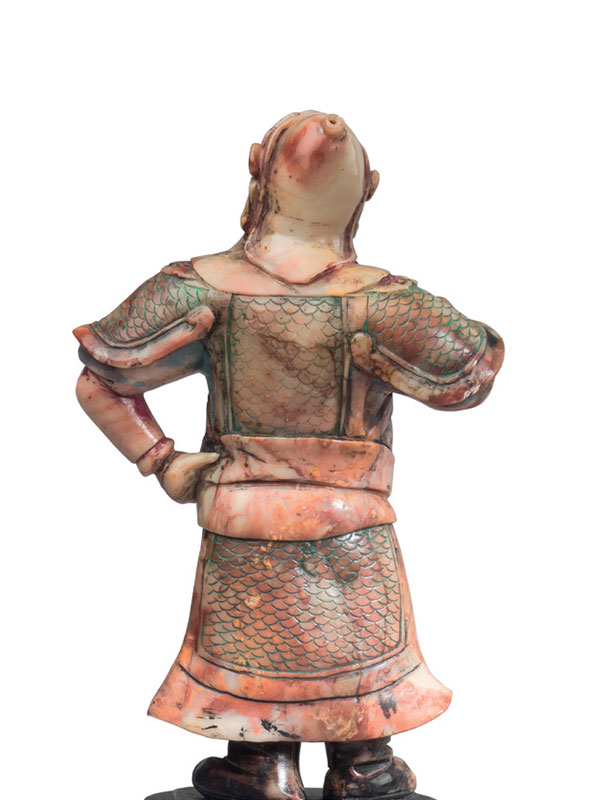 A soapstone figure representing the God of War, Guan Yu or Guandi, standing on a rectangular stepped base. He stands with feet apart in a contraposto stance, his left hand resting on his hip, whilst his right hand with clenched fist is half raised. He wears a voluminous robe, decorated in low relief with a scale pattern, over an armoured undergarment. A lion-head belt is applied around his waist and he wears a closely fitting, helmet-like hat on his head. He has a long beard and moustache, and his bulging eyes and strong facial features are vividly depicted. The stone is predominantly of coral red and creamy white colours, with some green and blue pigments left on the costume.

The figure represented here is the Chinese God of War, known as Guanyu or Guandi, who was born in Shandong province in the second century AD and became a military hero during the Han dynasty (206 BC – 220 AD). He continued to be worshipped as a deity long after his death. In 1594, he was awarded the posthumous title of ‘Emperor of God’ and a great number of images of Guandi were made since. He was worshipped in houses and temples as a patron saint of various trades and professions and has remained a model of military prowess and virtue. Soapstone, known in Chinese as hua shi meaning literally ‘slippery stone’, is among the softest of all stones at only 1 on the Mohs’ scale of hardness, a quality which makes it particularly suitable to small scale sculpture.[1]   It is also known as shoushan shi, for it was mainly produced in the Shoushan town in Fujian province. A closely comparable soapstone figure of Guandi in seated position, slightly larger in size and dated to the 17th – 18th century, was formerly in the Sloane collection and is now in the British Museum.[2]