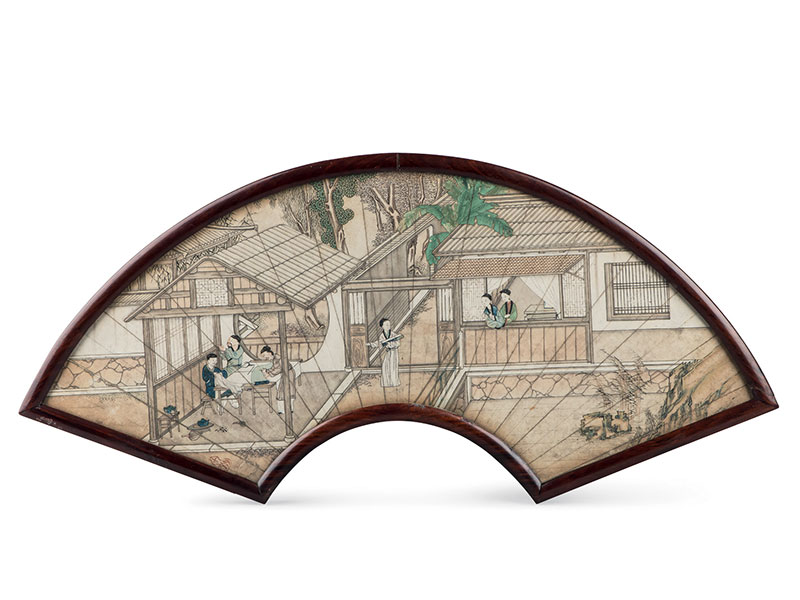 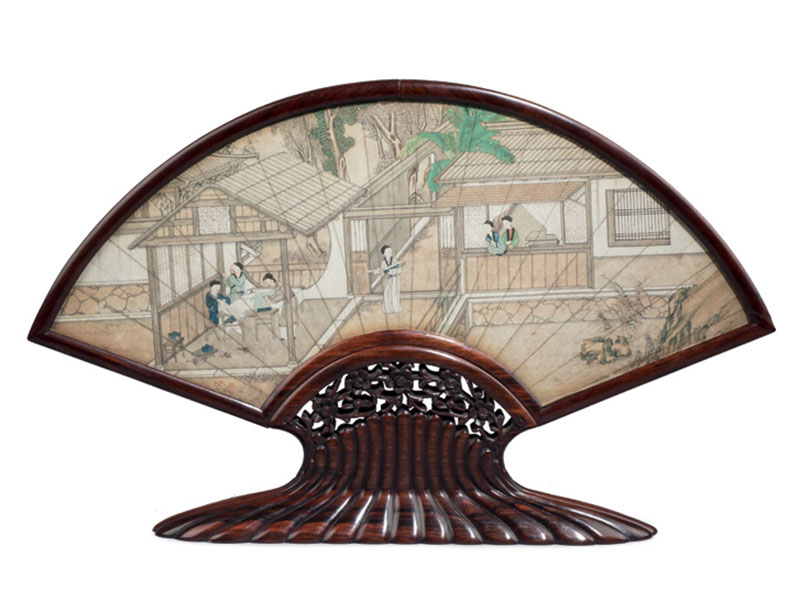 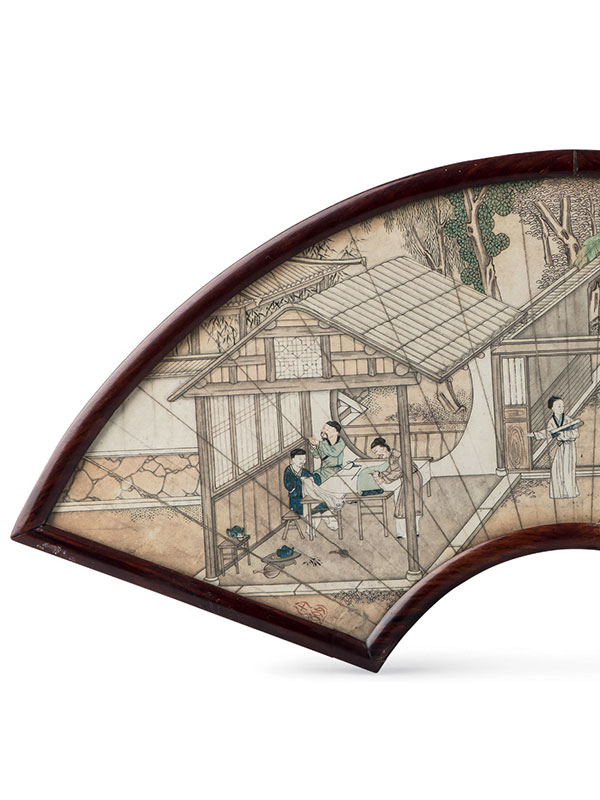 A fan-shaped painting mounted in a hardwood frame, supported on a separate wood stand with a flared foot. The painting minutely depicts a household with figures within: two noble ladies lean against the window of their room, looking out towards a female attendant carrying rolls of cloth. She walks towards three tailors working in a pavilion adjoining the main house. The three tailors work intensely around a large table, cutting, measuring and threading the needle. The buildings and the Chinese living environment are vividly depicted. A seal mark Shi zhou in a double-gourd outline is at the lower left hand corner of the painting. The upper part of the wood stand is decorated in openwork with a floral motif, while the lower part flares out and is carved with various grooves, echoing the fan shaped painting.

Obvious radiating lines can be seen on this painting, indicating that it was originally mounted as a fan. It is known that famous artists were often commissioned to paint fans as early as the Song dynasty (960 -1127). During the Ming and Qing dynasties, it became a sort of ‘art with mobility’, and almost all the famous painters painted on fans. According to the seal mark Shi Zhou on the painting, this is after the style of Qiu Ying (c. 1485 – 1559), who was known as one of the four most important painters during the Ming dynasty and was famous for his heavy blue-and-green colour painting. The delicate brush strokes and refined details in depicting the scene lead us to believe that this painting was done during the Ming dynasty, whilst the wood frame and stand would have been made later during the late Ming or Qing dynasties. Some comparable fan-shaped paintings by Qiu Yin, either separated or still mounted as a fan, are in the collection of the National Palace Museum, Taipei (fig. 1).[1]