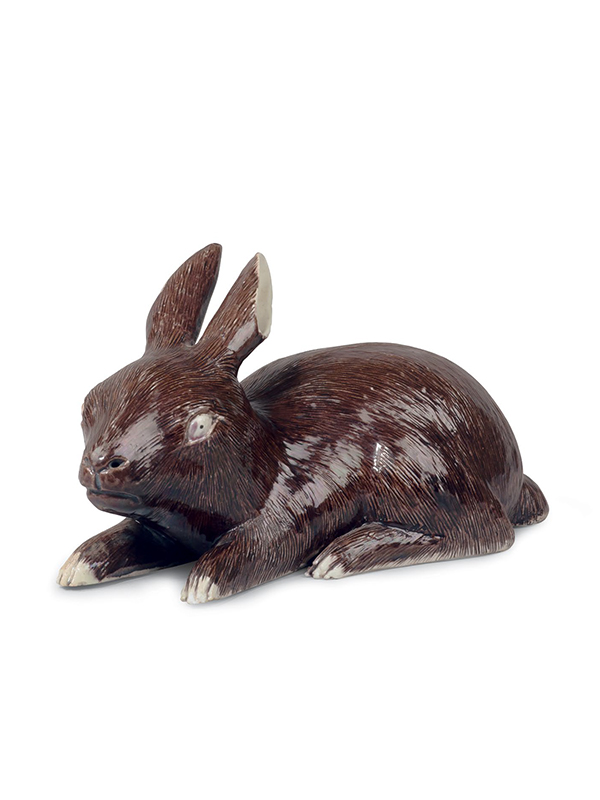 Biscuit porcelain model of a hare

A biscuit porcelain model of a hare, depicted in recumbent position. He stretches his paws out before him and lifts his head up, looking straight ahead. The large ears are turned back and the animal has a small tail. The exterior is engraved to imitate the animal’s fur, which is covered in a glossy aubergine glaze. The inside of the ears, the bulging eyes and the hollow interior are covered in a white glaze.

This fine porcelain model of a recumbent hare is made from twice-fired porcelain (biscuit), meaning that the glaze was applied directly to the fired porcelain, without any layer in between.  Hare and rabbits are a favourite subject matter in Chinese art from early times: a Song dynasty ceramic headrest, the top decorated with a figure of a crouching hare, was exhibited in Hamburg in 2000.1