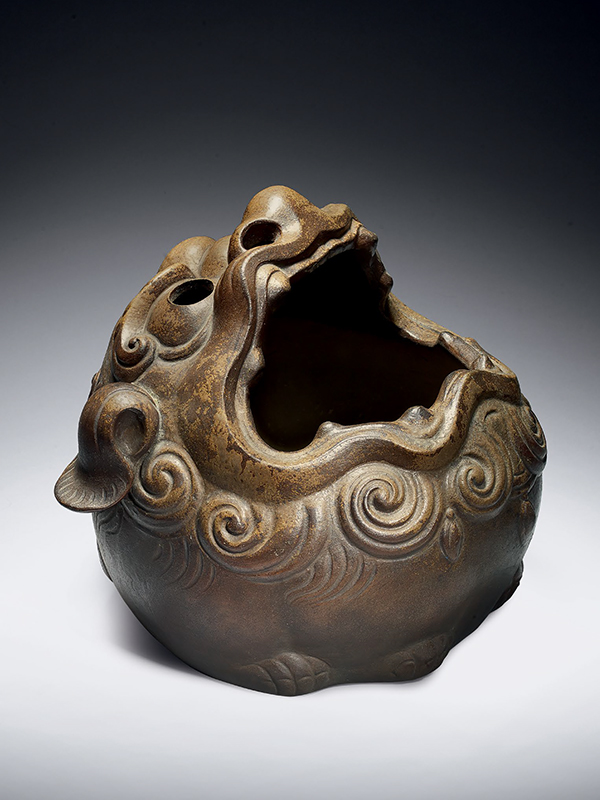 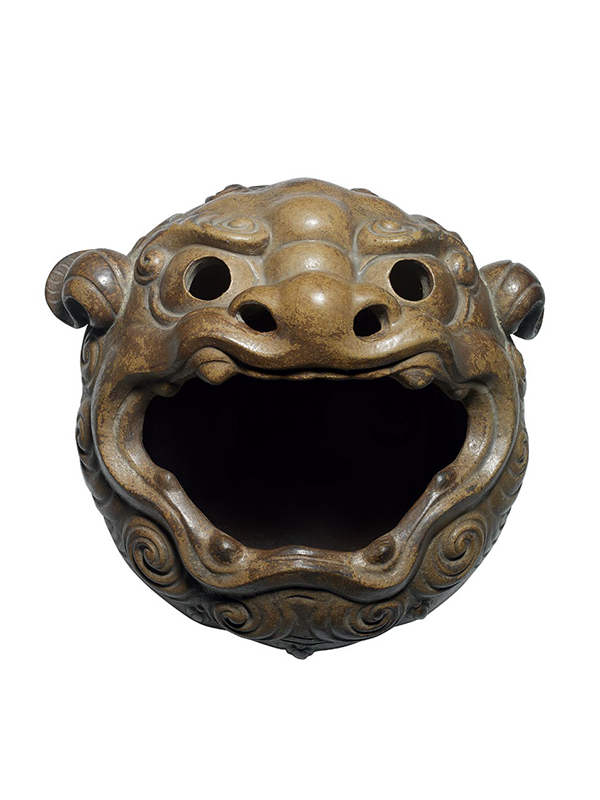 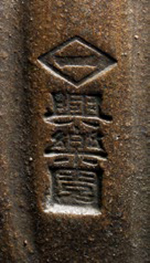 An earthenware hibachi in the form of a Shishi lion, the animal depicted with jaws spread wide open, showing the teeth.  The eyes are both drilled to let out the smoke. The pottery is covered in a cream wash.  The base is signed by the artist: Korakuen.

The potter Kimura Kan’ichi Chojuro (Yukei) was the 13th generation of the Kimura family, who operated the Korakuen Kiln in Bizen, Okayama Prefecture. Kimura Chojuro Yukei the First was appointed an official potter to the Ikeda Fief, Okayama, in 1675. For more than 300 years, the kiln has been creating fine Bizen ware. During the Edo period, its earthenwares were gifted to the Tokugawa shoguns and daimyo feudal lords. Bizen ware was traditionally produced in and around the village of Imbe in Bizen province, from where it derived its name. Bizen earthenware experienced its peak during the Momoyama period of the 16th century.  During the Edo period, the Ikeda lords of the Okayama domain continued to support the kilns and gave special privileges to families who operated them, such as the Kimura, Mori, Kaneshige, Oae, Tongu, and Terami. The rustic quality of Bizen made it popular for use in the Japanese tea ceremony.