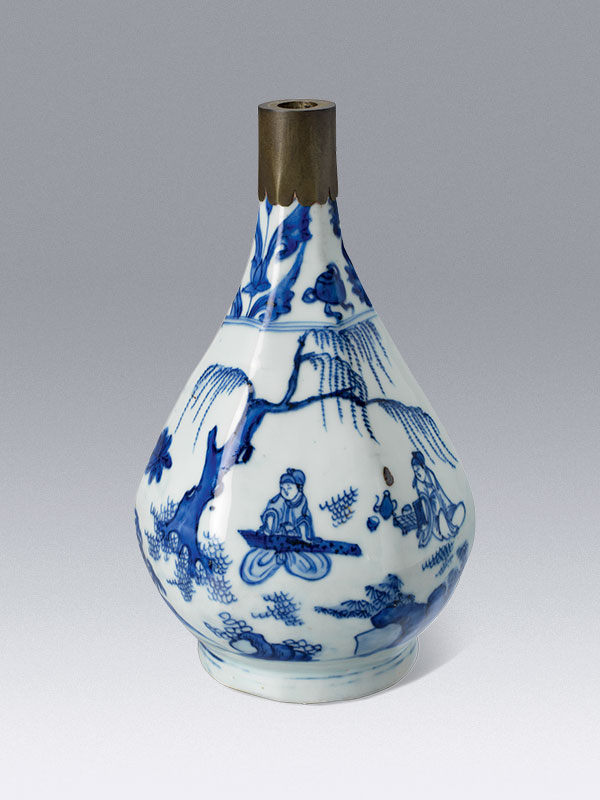 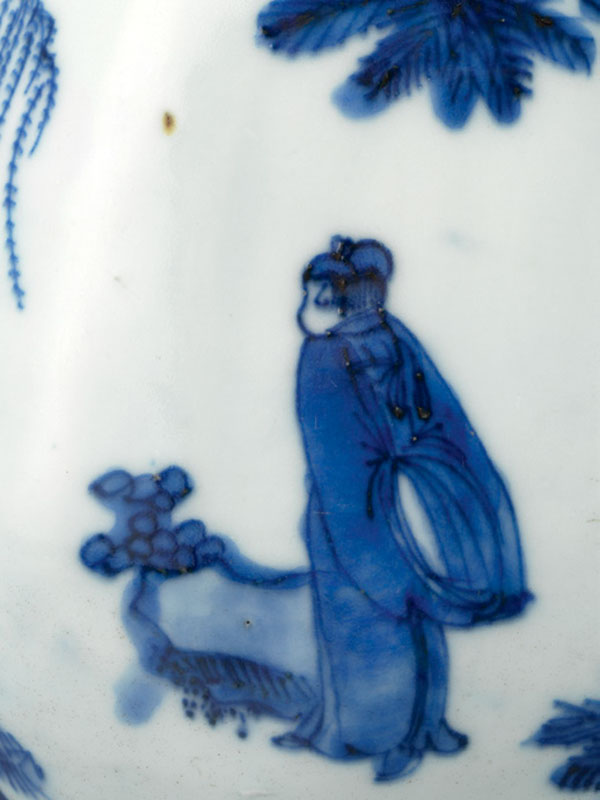 A facetted porcelain bottle vase, painted in underglaze blue with human figures in a landscape setting with a large willow tree. One figure plays the qin or lute, whilst another figure is seated at a low table, drinking tea. A third figure stands listening with his arms on his back.  Cloud scrolls separate the scene. On the neck, a frieze of tulips is visible, alternating with Buddhist emblems. The neck is truncated and bound in a metal mount. The deeply recessed base is glazed in white.

Although the flared neck of this bottle vase was damaged at some point, has been cut down and later fitted with a metal mount, the painting in underglaze blue on a white ground is exceptional and epitomizes the style of porcelain painting of the “Transitional” period, the period between the Ming and the Qing dynasties, the early to mid-17 century.