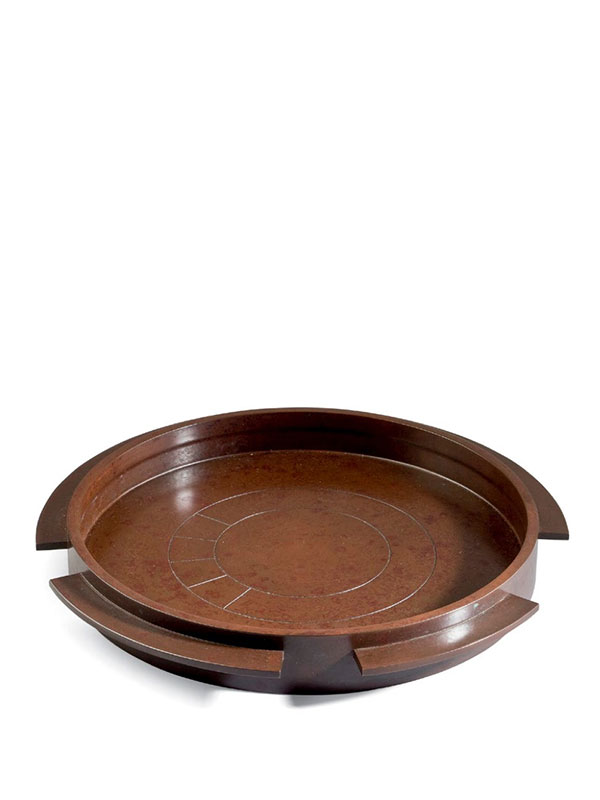 Hasuda Shugoro is considered one of the principal modernist artists working in bronze during the Post-War Period. He studied metal craft under Takamura Toyochika (1890 -1972), who he joined in The Subject, a metal cast group in 1960. In the same year Shugoro set up Enshin (The Heart of the Circle), an art crafts group and in the following year he founded the Association for Modern Art and Crafts Artists Association (Gendai kogei bijutsuka kyokai). His first award was at the 5th Nitten in 1949 and he received the Hokuto Award in 1953 amongst many further prizes. In 1987 he was honoured as a Person of Cultural Merit by the Japanese government and in 1991 he was decorated with the Order of Cultural Merit.