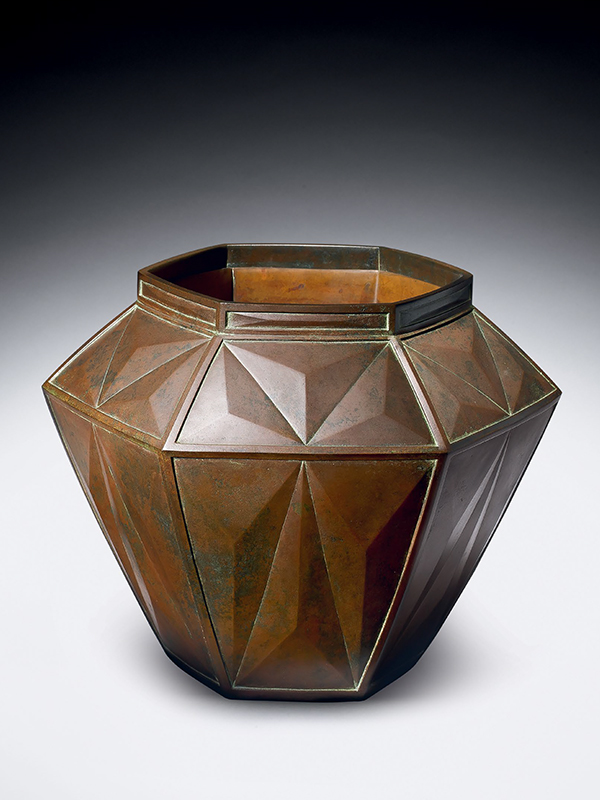 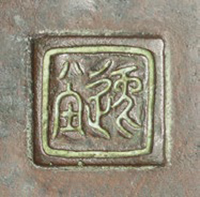 A bronze vase of hexagonal form, supported on a flat base.  The sides slope outwards and turn inwards at the shoulder.  The neck is straight and short and terminates in an open mouth.  The sides and the shoulder are facetted. The vase is signed on the base with the signature of the artist.  It retains the original wooden box, tomobako with the inscription Chudo, kirikomi-mon, kabin, Itsudo chu (cast bronze, with faceted design, flower vessel, cast by Itsudo, with the seal Itsudo).