Bronze incense burner in the form of a seated mythical animal 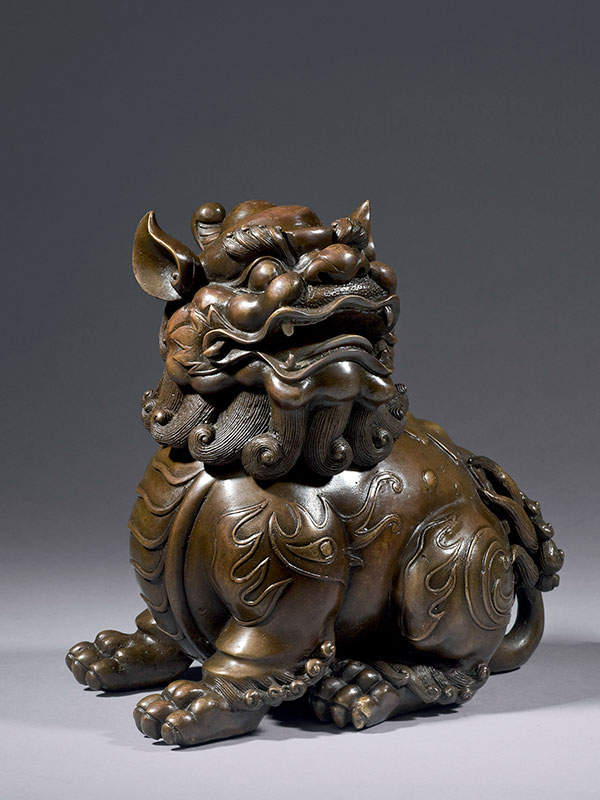 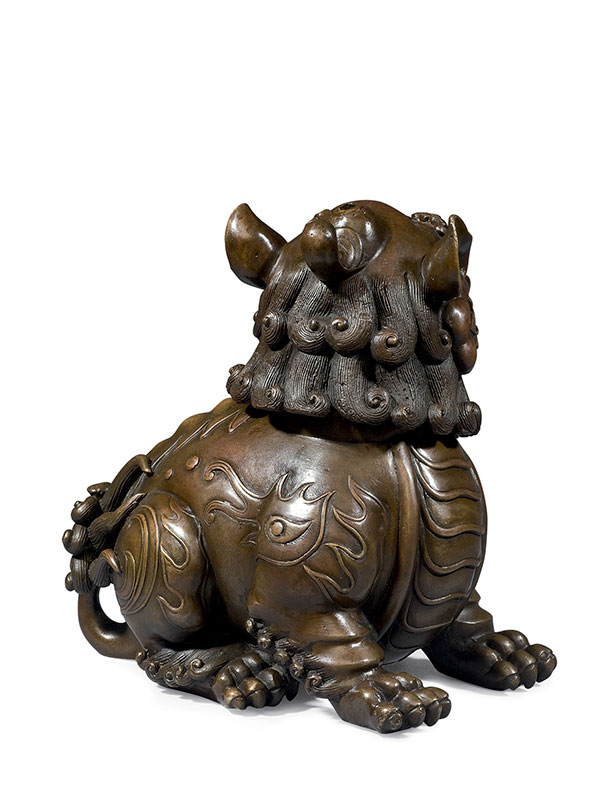 A bronze incense burner in the form of a mythical animal, depicted seated and with removable head. The animal sits with its four paws stretched forward and with a multi-pronged tail covering the hindquarters. It has a knobbly spine, overlapping plates on the chest and wing-like ornaments over the legs. Each of the animal’s feet is detailed with four claws and sharp nails. The separate head has a somewhat fierce expression. It has a single, curled horn, an open mouth detailed with six fangs and a tongue, bulging eyes, prominent ears and bushy eyebrows. The bronze is covered in an even, chocolate-brown patina.

The animal depicted is a luduan, a legendary unicorn beast capable of distinguishing between good and evil, often misidentified as a qilin, due to the similarity in style between the two creatures. In Chinese mythology, the luduan is a beast that can detect truth. The removable head of this luduan indicates that it was originally intended to be used as an incense burner. The animal is closely similar in detail to a recumbent auspicious lion-like incense burner in the Wellington Wang collection.[1]  A comparable jade incense burner in the form of a luduan, with an identical removable head, dated to the Qing dynasty (1644 – 1911), is in the collection of the Palace Museum, Beijing.[2] The incense burner is also close in style to an example in the Robert E. Kresko collection at the Saint Louis Art Museum.[3] Another closely comparable example, this one in gilt bronze and dated to the late Ming dynasty, was exhibited in Hong Kong in 1986.[4]