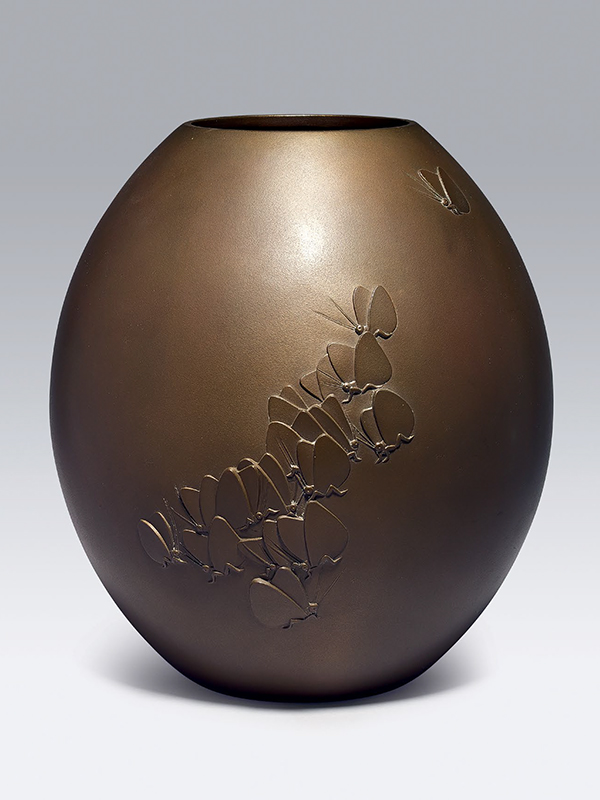 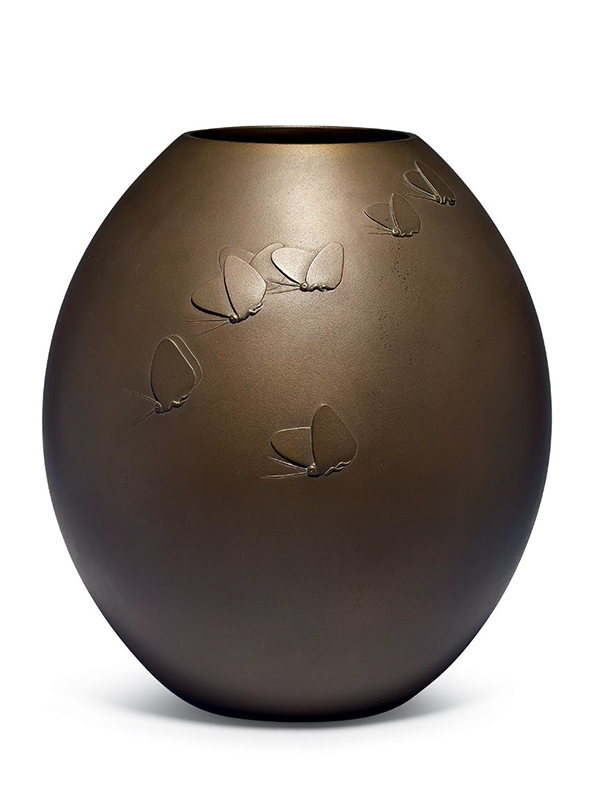 A bronze vase of oviform shape with a flat base. The sides rise up, bulge outwards and terminate in an open mouth. The exterior is applied with two clusters of flying butterflies in relief. The vase has a pleasant, golden-brown patina.  The base is engraved with the maker’s mark. The vase retains its original wooden storage box, tomobako, which is also signed by the artist.

The artist Tsuda Shinobu (1875 – 1946) was born in Chiba Prefecture. He studied under Okazaki Sessei and graduated from the Tokyo School of Fine Arts in 1900, where he became a professor in 1919.  He was also a valuable teacher amidst the participants of the Mukei group, a short developmental movement within Japanese crafts, which was formed in 1926. 1 He began exhibiting his work in 1907 at the Tokyo Kangyo Hakurankai (Tokyo Industrial Exposition). A juror and exhibitor for the Japanese delegation to the Paris Exposition in 1925, Shinobu was twice decorated by the government of France; in 1928 and again in 1933.  In 1935, he became a member of the Teikoku Bijutsuin (Imperial Academy of Fine Arts), and in 1937 of the Teikoku Geijutsuin (Imperial Arts Academy). An exhibitor at the Teiten, the Hoshukuten and Shin-Bunten, Tsuda Shinobu was one of the foremost artists working in metal in the decades prior to the Pacific War.