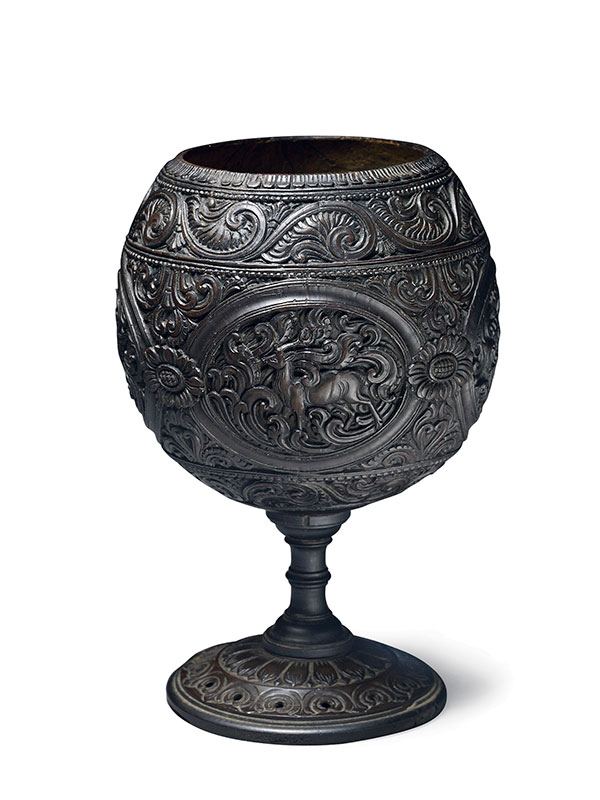 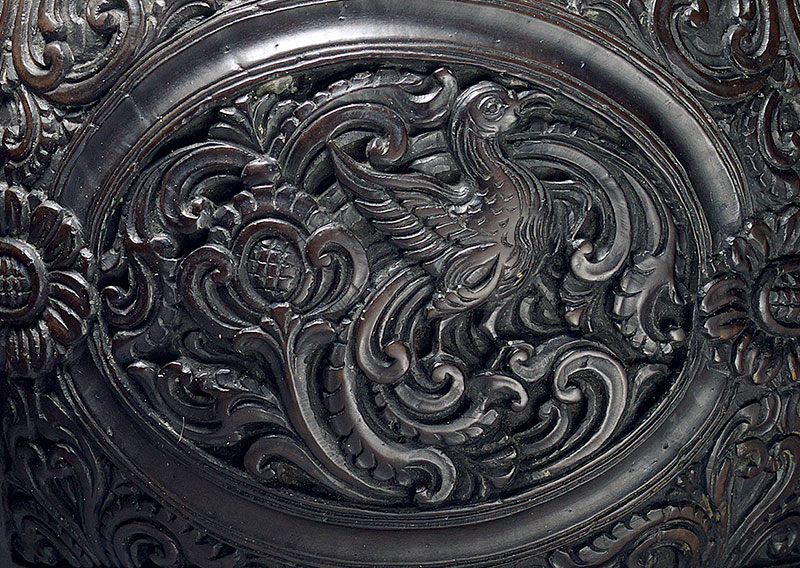 A carved stem-cup made of coconut and wood. The globular cup is made from a single small coconut. The outside is richly carved with a band of scrolling floral motifs around at the top. The central section shows four oval scenes, depicting an elephant, a deer, and twice a bird. The four scenes have a single flower in between each panel and further scrolling floral motifs complete the background. The cup is attached to a turned stem with a screw. The foot is made of coconut, decorated with petals and attached to a wooden base, also with a screw.

The shell of a coconut (endocarp), revealed once the rough husk is removed, is hard and strong. This shell has a long history of use for domestic utensils, including serving wares and drinking vessels. Western explorers of the 16th and 17th centuries observed the creative application of the shells by native communities of tropical regions. The Western fascination with the ‘other’ in both human and material forms led many to return with prized coconut specimens of varying sizes and origin, some of which were set with silver or gold and fashioned into high-style table wares like ladles, goblets, and covered cups. The interest in the exotic coconut continued into the 18th century.[1]