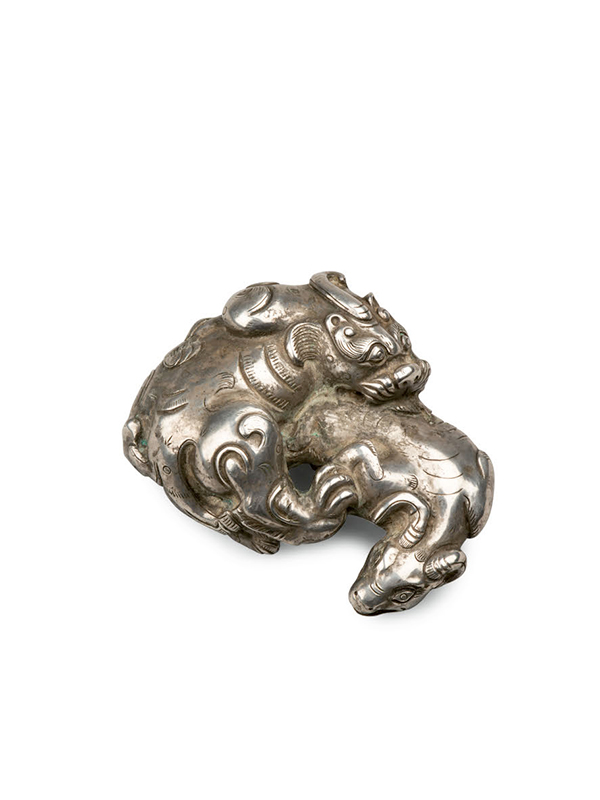 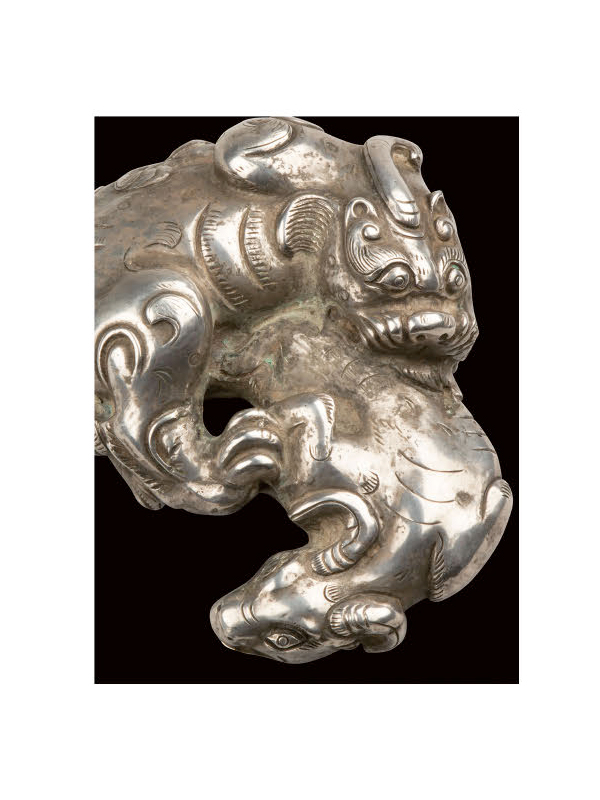 A copper and silver weight in the form of two animals in combat. The larger, single-horned mythical dragon devours a ram he has caught. The hindquarters of the ram are situated between the powerful jaws of the bifid dragon. The dragon has bushy eyebrows and places his right hind paw on one of the ram’s forelegs. The dragon’s front paw grasps the ram’s body. Both animals are well detailed and engraved.

The heaviness of this piece would indicate that it was originally used as a paperweight, probably in the scholar’s studio or by a painter. The copper body is covered by a thick layer of almost pure silver.