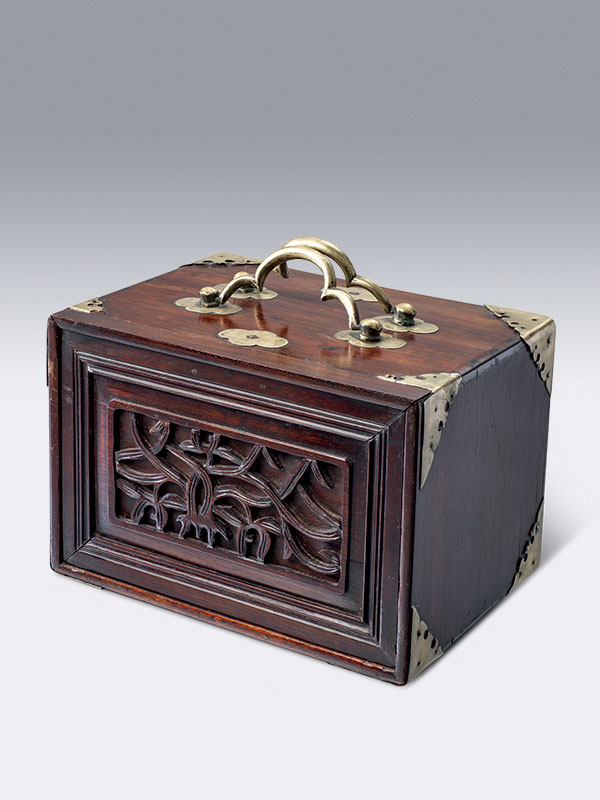 A huanghuali carrying case, the sliding front inset with a panel carved with vegetation. The interior of the case is fitted with three drawers, each with a central baitong hinged pull. The twin mounted, shaped baitong carrying handles at the top are heavy, issue from quatrefoils plates and have two quatrefoil guard plates fitted. The openwork corner mounts are also made from baitong.

Given the rather heavy execution and the twin carrying handles, it is likely that this case was made for an ivory Mahjong set. Mahjong is a tile-based game that was developed during the Qing dynasty in China and spread throughout the world from the early 20th century.