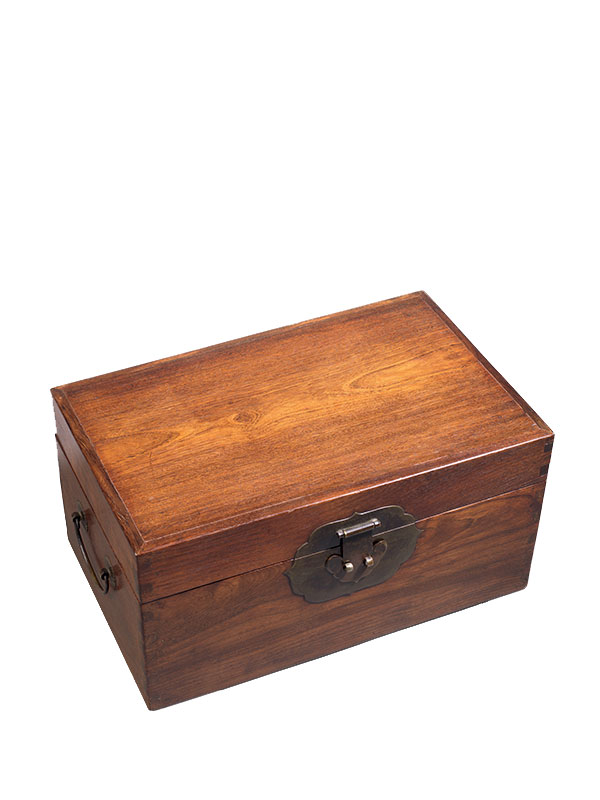 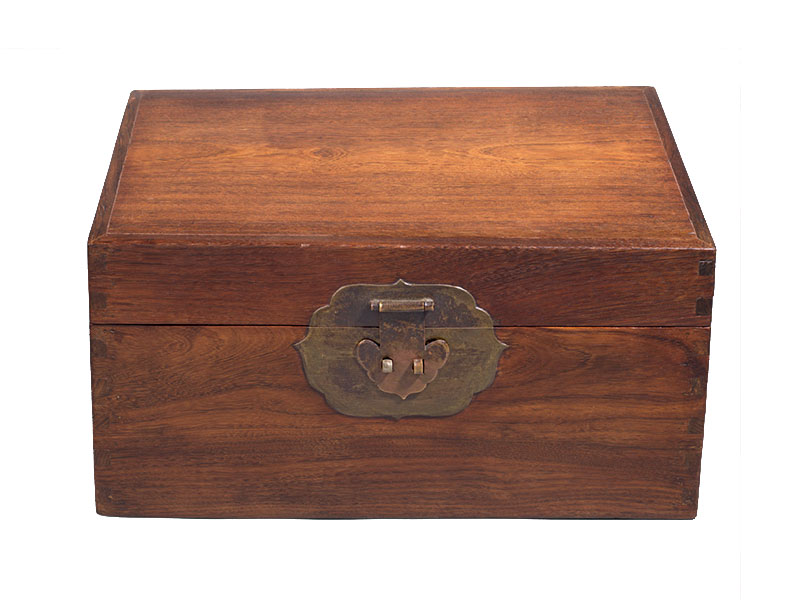 A large jichimu document box of rectangular shape. The heavy wood panels are dove-tailed together and completely unadorned. The short sides are fitted with a metal bail handle each, emanating from two metal plates in the form of chrysanthemum flowers. The front panel has a shaped metal lock plate with a hinged clasp in the form of a ruyi that fits neatly over two ring fittings, enabling one to lock the box. The lid, which is attached to the box with two strap hinges in metal, has a single transverse strut on the inside, which is repeated on the recessed base.

The present, heavy box is made of jichimu (literally translated ‘chicken-wing wood’), a kind of wood whose deep brown and grey patterns when cut tangentially resemble the patterns of bird feathers. Jichimu is indigenous to Hainan Island, and the relatively large quantity of jichimu furniture found in Fujian province also corresponds to a source where seven different species are reportedly found today, and whose materials are virtually undifferentiated, yet bear varying leaf patterns. Jichimu is very infrequently used for boxes, so this example is very rare indeed. A closely related jichimu box of rectangular shape and very similar construction and proportions was included in an exhibition at the Altfield Gallery in Hong Kong in 1984.[1]