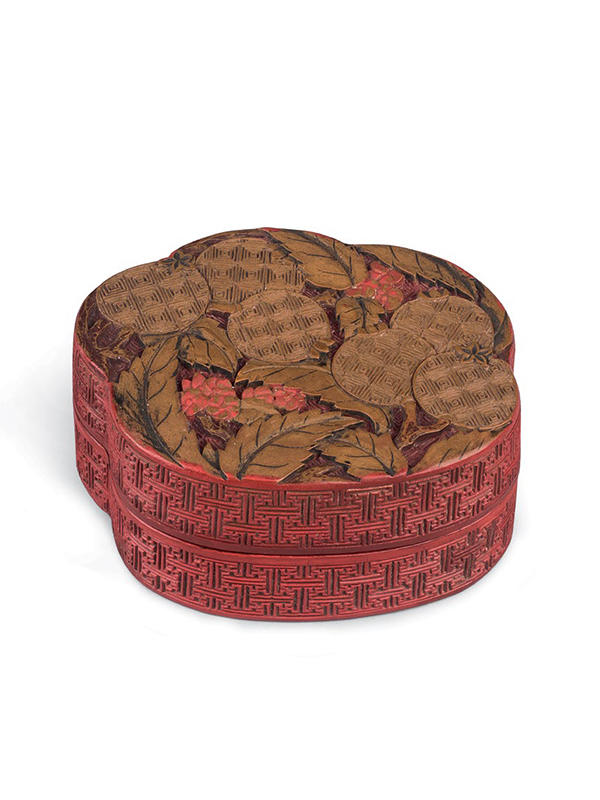 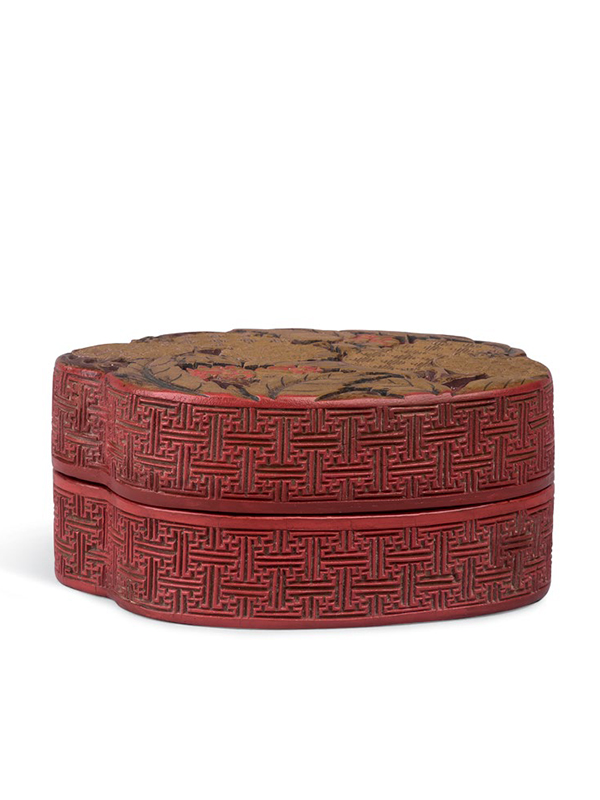 A red lacquer box of irregular, foliate outline, the flat top carved in shallow relief with branches of loquats.  The fruit are carved in ochre lacquer, the details of the leaves are painted in green and red. The sides of the box and cover are carved with a pattern of interlocking key-frets.  The interior of the box and the base are lacquered black.

The depiction of loquats (pipa) is highly unusual in Chinese lacquer.  The loquat is a species of flowering plant in the family rosaceae, a native to the cooler hill regions of south-central China and also known as Chinese plum. According to Terese Bartholomew, the loquat is considered auspicious, because it embodies the spirit of the four seasons: it buds in autumn, blossoms in winter, sets fruit in spring and ripens in summer.1 The loquat is equated with gold, because the fruit is golden yellow in colour.2