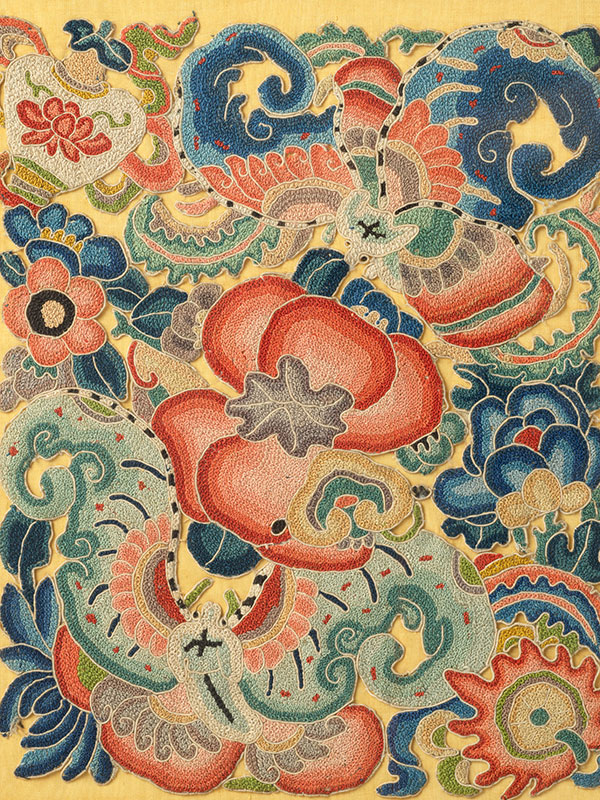 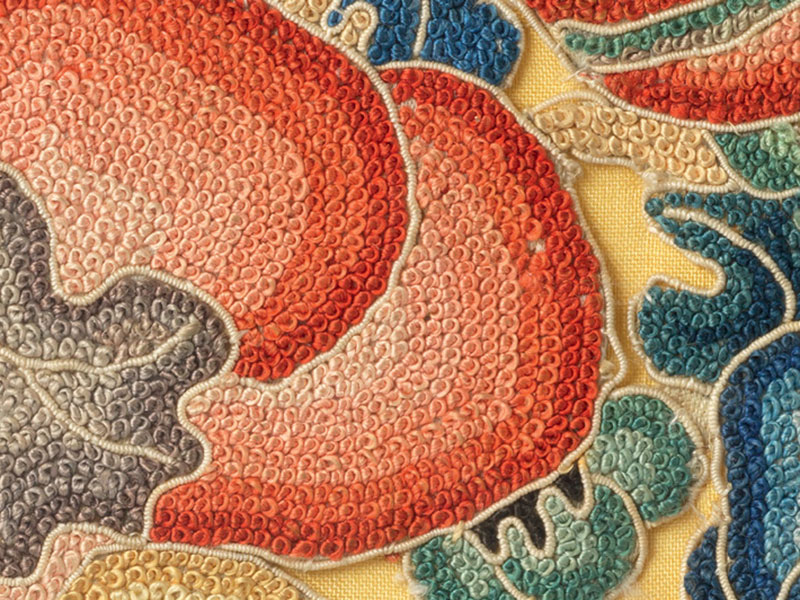 A panel of rectangular format, intricately embroidered with large bats, peaches, lingzhi fungus and auspicious emblems, all in vibrant colours.

The function of this panel is not immediately clear, but it could perhaps have served as an appliqué on an item of clothing, such as a robe. The bats, peaches and lingzhi fungus are all long life symbols and the Vase and the flaming Wheel of the Law are two of the Eight Auspicious Emblems (ba jixiang). The Wheel of the Law crushes all delusions and superstitions and the Vase symbolizes perpetual harmony.  Intricate embroideries featuring tightly knotted stiches such as seen on this fine embroidery, are often referred to as using the “forbidden” stitch, also known as the seed stitch, knot stitch or Peking knot.  It involves wrapping a heavy embroidery thread, usually silk floss, around a needle and then stitching it down to form a knot.  It is frequently referred to as “forbidden” because legend has it that the young girls who executed the work had to strain their eyes because of it, but this is purely fiction and in fact the term “forbidden stitch” is unknown to the Chinese.