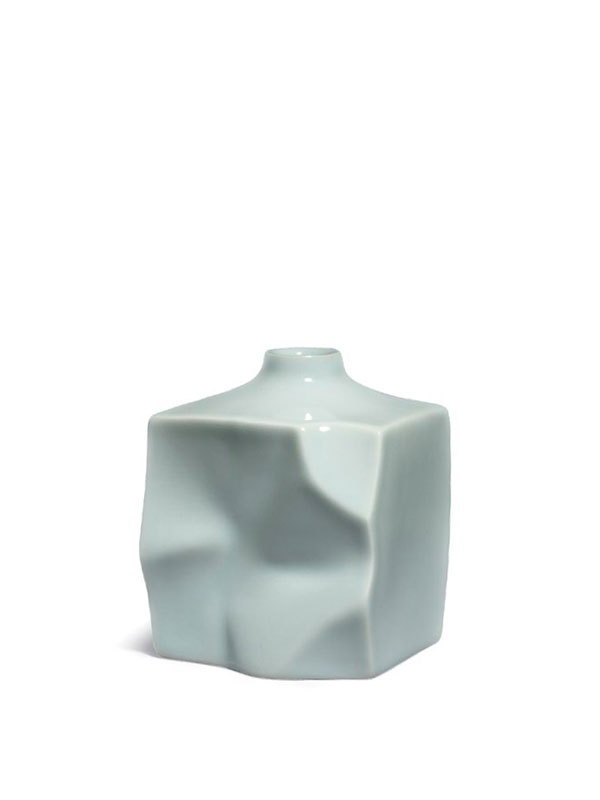 Suzuki Osamu was born in Kyoto where his father trained him throwing pottery from a young age. He decided to become a ceramic artist after World War II, and became one of the founders of the Sodeisha movement, which he started together with two other young ceramicists in Kyoto in 1948. Following dissatisfaction among many of the young artists in post World War II, the Sodeisha was the first group to openly contest the concept of functionality within ceramic art, tearing down the walls between fine art and craft art in the process. It went on to become one of the most influential ceramic groups ever formed in Japan, having as its unwritten law that members would not submit work to official exhibitions like the Nitten, to avoid being judged on others’ criteria. Suzuki Osamu works can be found in museums worldwide and the first full-scale retrospective was recently held at The National Museum of Modern Art in Kyoto.[1]