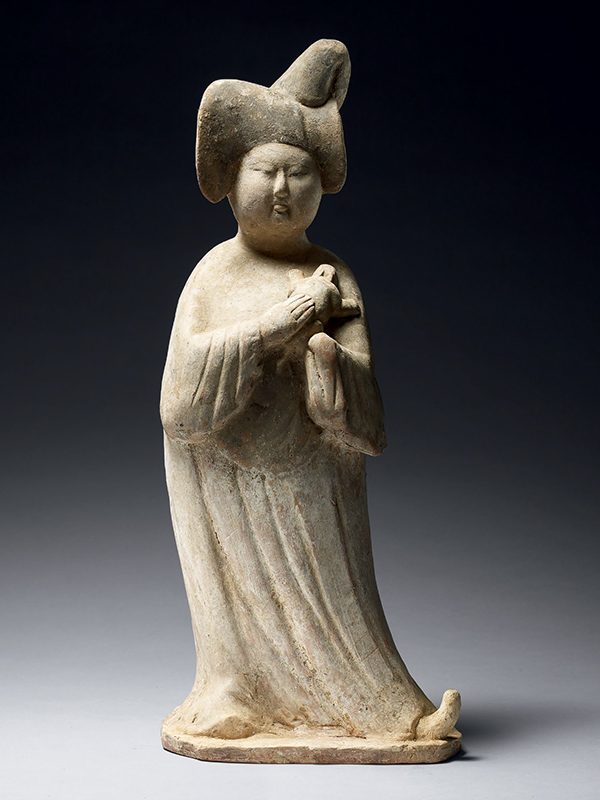 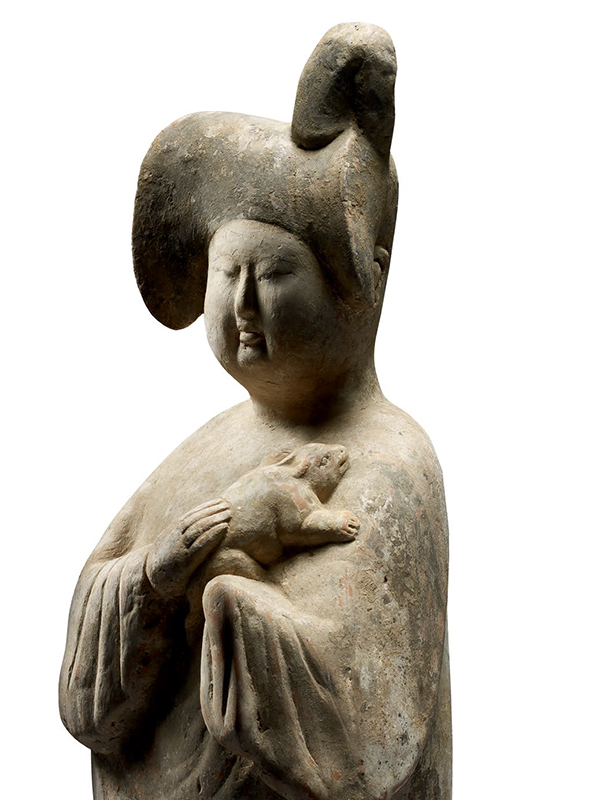 Pottery figure of a court lady holding an animal

A pottery figure of a court lady, dressed in a long-sleeved robe that falls in pleats to the floor and covers her right foot, whilst her left foot is exposed, showing her pointed shoe. She stands on a flat base and holds a small animal. Her left hand is

hidden inside the sleeve, whilst her right hand rests on the back of the animal in both hands. Her hair is gathered into an elaborate arrangement, and is tied up into a bun. The red pottery is covered in a thin layer of white slip and the delicate features of her face are painted with black. Traces of black pigment can be seen on the clothes.

The status of women depicted in Tang funerary figures is not always clear; this type of figure representing an elegantly dressed, fashionable woman is sometimes described as a ‘court lady’ but in other contexts might be referred to as a ‘female attendant’. These somewhat portly ladies, also known as ‘fat ladies’, represent the ideal of beauty during the Tang dynasty and are often associated with Yang Guei-fei, one of China’s great beauties.  Yang Guei-fei became the beloved and influential concubine of the Tang emperor Xuangzong (r. 712 – 756) in the early 740s.  Only from then on the ideal of voluptuousness was considered beautiful and inspired the fashion for the plumper lady. The inclusion of the small animal makes this court lady a charming and rare example. A comparable Tang dynasty pottery lady, holding a dog is in the Kyoto National Museum, Japan.1 Another comparable Court lady, also clutching a small dog, is in the collection of David W. Dewey.2