Pottery model of a walking horse 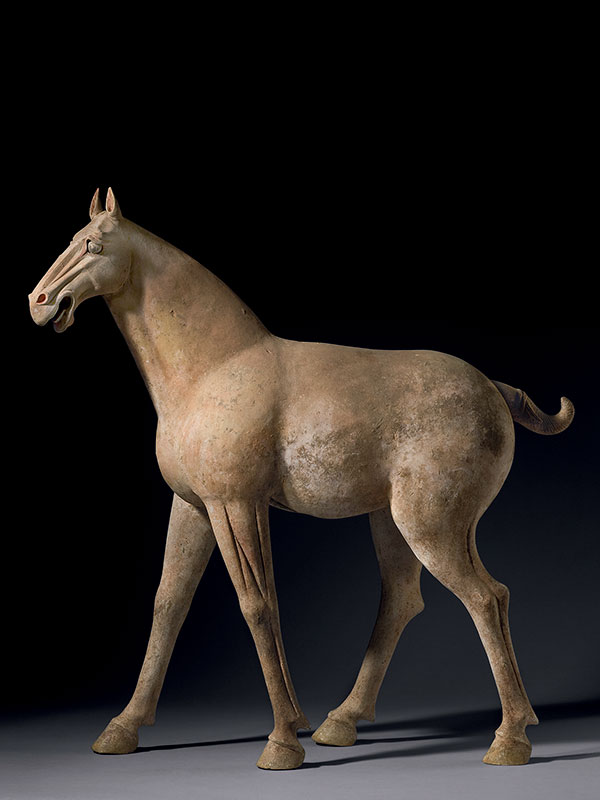 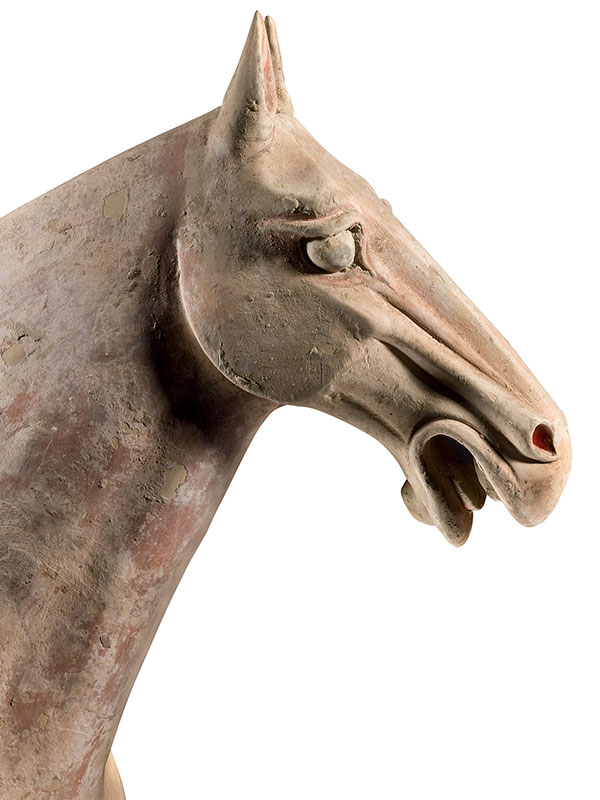 A large pottery model of a horse, its long legs modelled in a sturdy walking position. The horse’s head is turned slightly to the left, and the neck is gracefully arched. The head is carefully modelled with an alert expression, pricked ears, flared nostrils and wide-open mouth. The neck has a groove that runs down its length. The tail is neatly cropped and bound. The pottery is almost completely covered in a creamy-white slip, leaving some small traces of red and black pigments, mainly on the head.

This massive, superbly moulded horse is a very fine example of early Tang pottery. Most of the larger pottery burial objects like this pottery horse, whether glazed or unglazed, with fine modelling, tend to date from the second half of the 7th century or the first half of the 8th century; a time of great affluence in the Tang dynasty.[1]  This naturalistically modelled horse has two small holes drilled into its back, which served either for attaching a removable saddle or for some kind of pennant or banner to be attached to its back. Two closely comparable Tang horses of similar proportions are illustrated in Horses for Eternity: one in standing position is of similar size and covered in polychrome pigments;[2]  the other is a smaller horse with grey pottery body and in walking position. It was unearthed together with a saddle.[3] A further comparable grey pottery horse of similar dimensions, standing foursquare and covered in a layer of white slip, the mouth opened and with a similar docked tail, is in the Muwen Tang collection.[4]