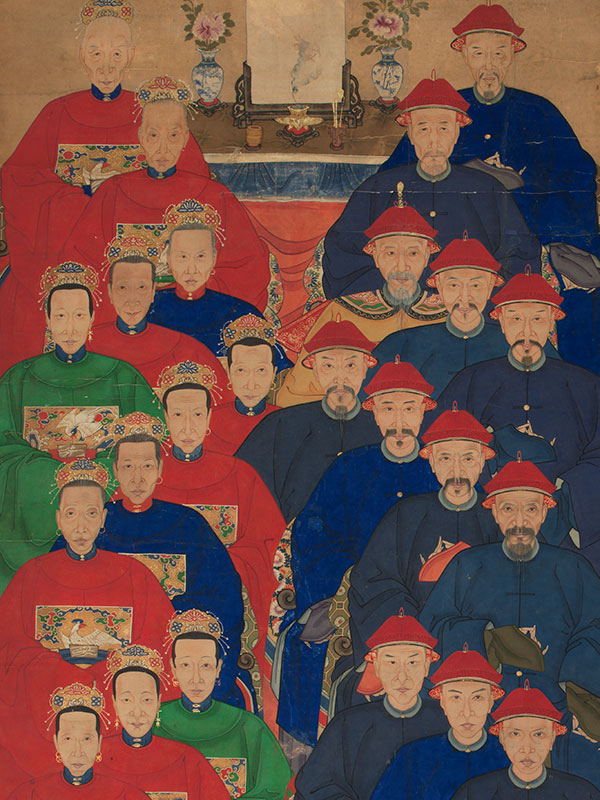 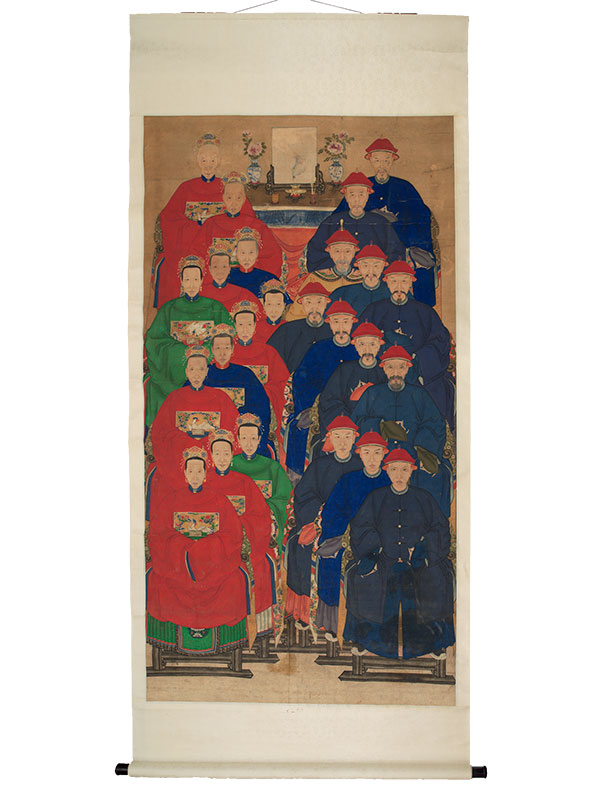 A painting in ink and colours on a cream paper background, depicting five generations of the same family. The men depicted seated on the right are dressed in dark blue robes and wear red hats, with the exception of one figure, who is dressed in a yellow robe. They rest their feet on the support of a chair, whose curved arms can be seen. The women are seated on the left and wear a variety of red, blue and green robes, each with a rank badge of a bird attached. The women wear gilded ornamental crowns. The oldest generation flank a draped table on which a screen, two vases containing flowers, a smoking incense burner and various paraphernalia for the burning of incense can be seen.

his so-called “ancestor portrait” is highly unusual because it depicts five generations of the same family, all gathered.  In general, family members commissioned ancestor portraits to commemorate deceased relatives. These paintings were treated with the greatest respect and are considered evidence of filial piety. A very similar group ancestor painting is in the collection of the Cleveland Museum of Art.[1] Describing this painting, Clarissa von Spee, Chair of Asian Art, makes the following observations, most of which also apply to the present painting : “We are looking at an oversized Chinese Qing dynasty ancestor group portrait. In the standard frontal orientation of ancestor portraits, this scroll features six generations and is read from top to bottom, with men on the right and women on the left…. the bottom row contains the most recent generation.”