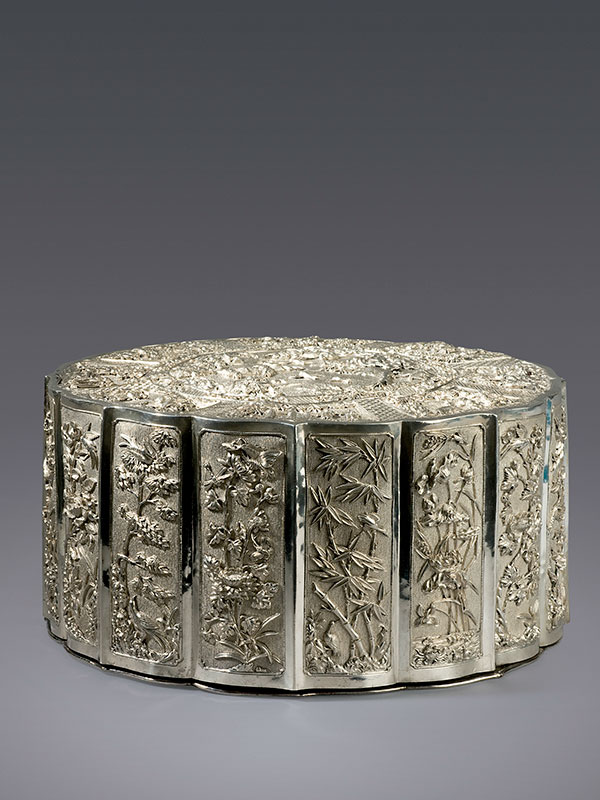 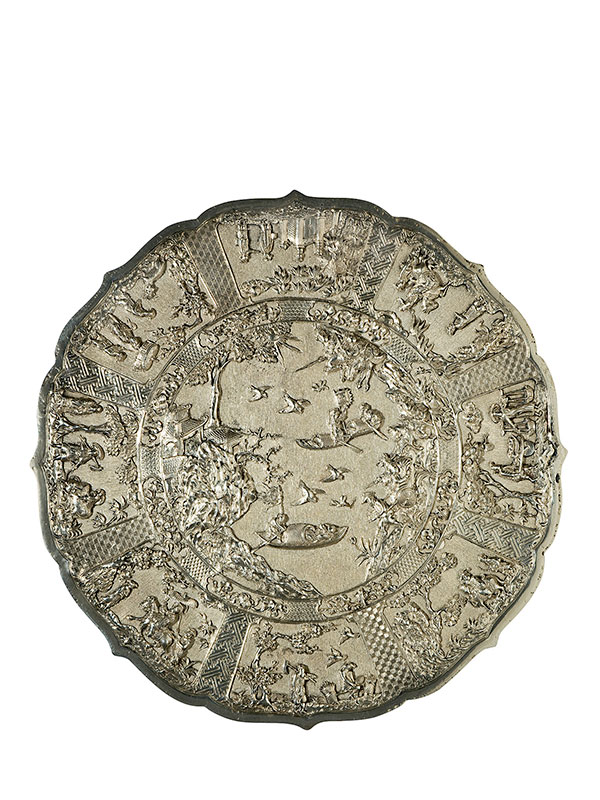 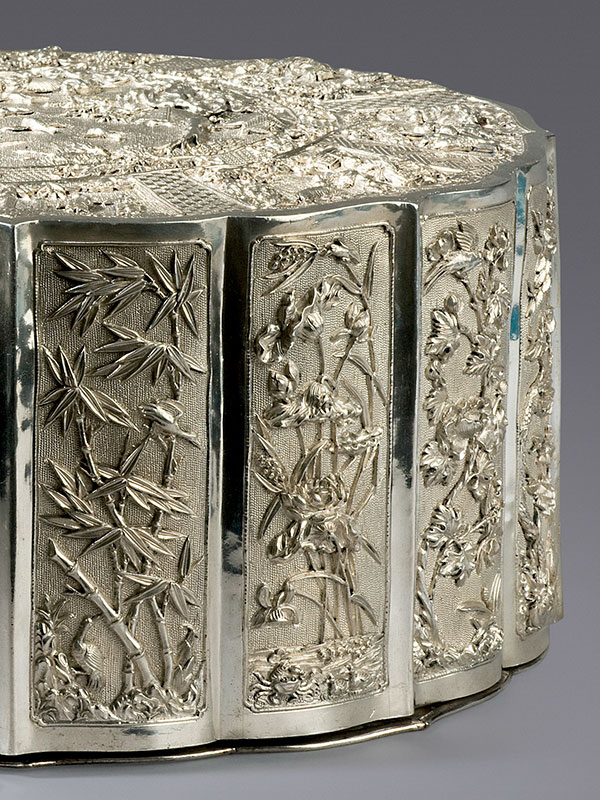 A large silver covered box of foliate form. The sides of the sleeve cover are formed by sixteen bowed panels, each decorated in repoussé relief with a different scene of flowering plants, birds, insects, crustaceans and animals such as a kylin and a deer.  All scenes are depicted on a ring-punched ground. The flat cover is decorated in repoussé with a central lake scene of figures in boats, on horseback and being pulled in a rickshaw. The central scene is surrounded by eight scenes contained within fan-shaped panels, each depicting further figures in landscape settings. The panels are separated by different diaper patterns. The interior of the box and its flat base are plain. The flat base and the cover are stamped with a French assay mark.

With its beautifully executed and very complex decorative patterns this box is a very rare, if not unique, product of the 19th century Chinese silversmiths’ workshops. The fact that the box is unmarked, and therefore cannot be ascribed to a particular workshop, is proof that Chinese craftsmen were not in the habit of signing their work. All sixteen panels forming the sides are different. They each have a decorative pattern that features richly flowering plants, such as bamboo, water lily, pine, prunus and peony and most panels also have pairs of birds. The cover depicts signs of human activity. The assay mark of a swan impressed on the cover and the base was in use in France from 1838 onwards. As this box would appear to be unique, there are no exactly similar examples published. A flat silver covered box of octagonal shape with repoussé panels is in the Art Institute of Chicago.[1]