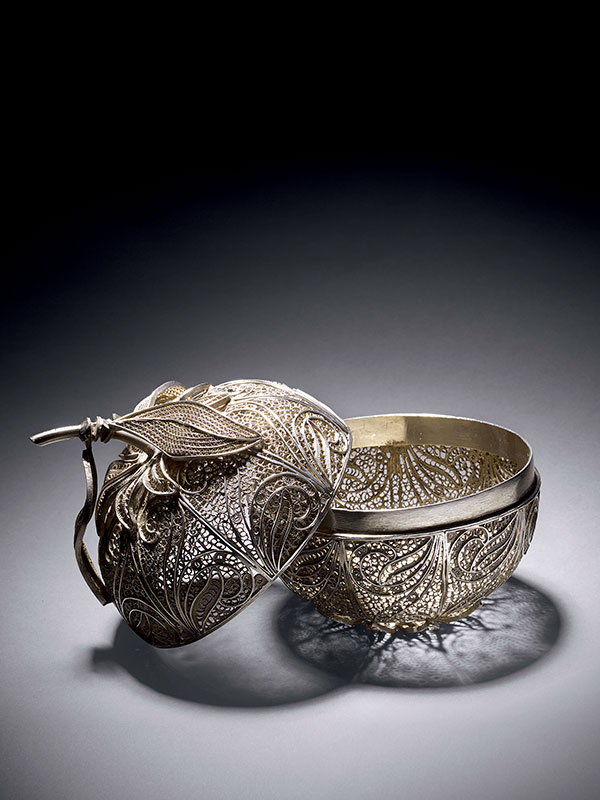 A silver filigree box in the shape of a fruit, made in two parts. The stalk which functions as a handle to open the box, holds three leaves that are naturalistically folded over the domed cover of the box. The entire box is decorated with an intricate filigree design of stylised leaves and scrolling tendrils, all evenly distributed. The bottom of the box has a decoration made in the shape of a flower, which keeps the box sitting securely.

Filigree is a delicate kind of metalwork. The English word filigree is derived from the Latin ‘filum’ meaning thread and ‘granum’ meaning grain. Tiny beads and twisted threads, usually of gold or silver, are soldered together or to the surface of an object of the same metal and arranged in artistic motifs. It often suggests lace and was popular in Asia.  It became popular in Europe from the 17th century to the late 19th century.