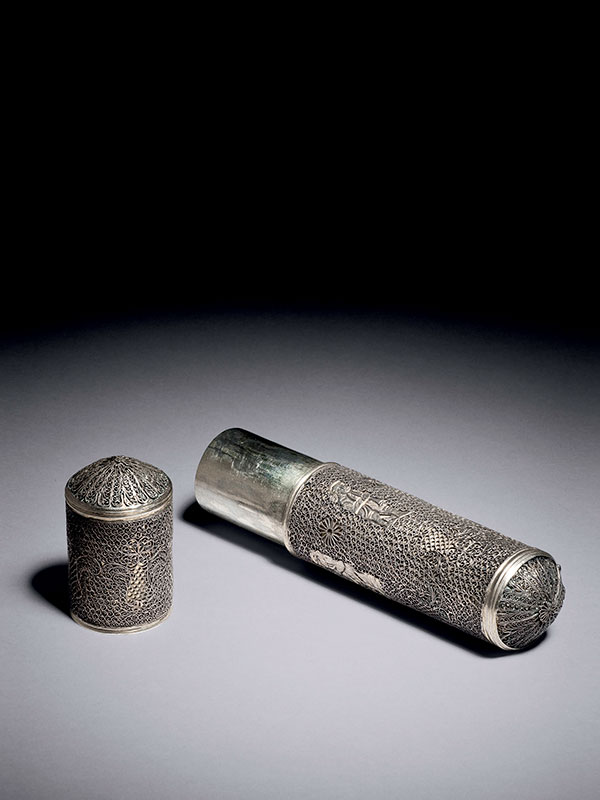 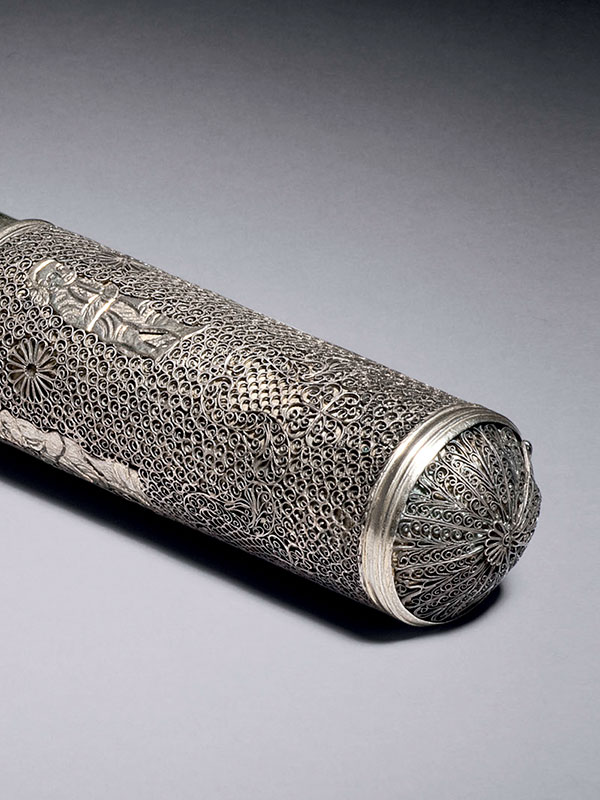 A silver case with detachable cover, the cylindrical body with pointed ends and overlaid in a fine silver mesh, consisting of minutely detailed scrollwork, which is inset with four tiny sheet silver figures, depicting Westerners. The details of their faces and dress are engraved.

The use of filigree in China dates from ancient times and was widespread up to the end of the Yuan dynasty (1279 – 1368).[1] Not until the 17th century did it begin to be exported to Europe, with the trade really getting going in the 18th century. The inherent aesthetic of this material was dense, delicate and intricate patterns of swirling forms. This case of cylindrical form, perhaps made to contain needles, is also known in ivory. What makes this case extremely unusual is the addition of the four sheet silver figures clearly depicting Westerners, some holding what appear to be musical instruments, such as a trumpet and bagpipes. Although illustrations of Western figures abound in Chinese export art, such depictions of Western figures are rarely -if ever -seen on export silver. The collection of Catherine the Great, held at the Hermitage in St. Petersburg, comprises the most extensive group of Chinese objects in silver and filigree published to date.[2]