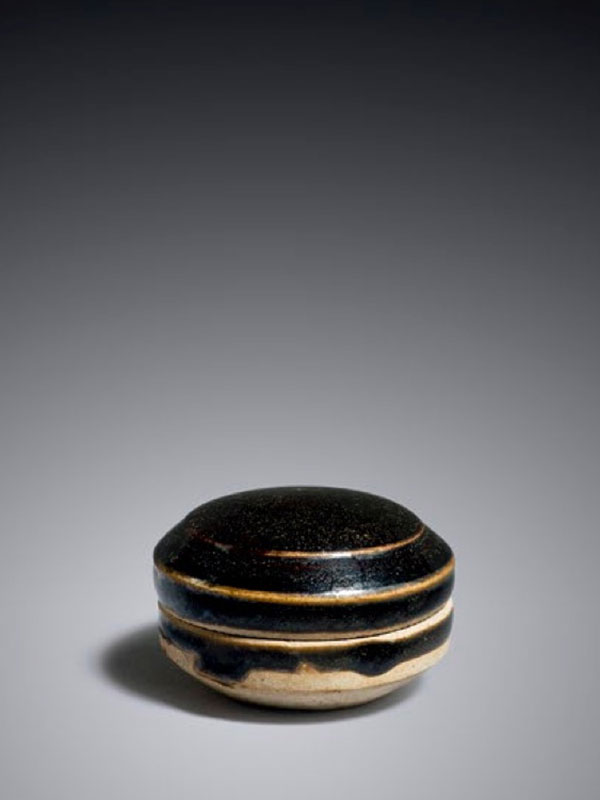 A small stoneware box of circular form with straight sides and a flat base. The stepped domed cover has a slightly convex top. The box is covered in a black glaze that stops in an uneven line just above the tapered base. The interior of the lid and parts of the interior of the box are covered in back glaze. The inside rims and the base are unglazed, showing the buff-coloured stoneware body.

The simply potted form of this charming box was inspired by metalwork of the period, and its miniature size indicates its use as a container for cosmetics or incense. Two closely comparable boxes, also dated to the Tang dynasty and covered in a black glaze, are illustrated in the publication Xing Kiln in its Millennium.[1 ]Another comparable black-glazed box of Cizhou type, excavated in Kaesong city, in the southern part of North Korea, and dated to the Northern Song dynasty (960 – 1127), is now in the collection of the National Museum of Korea.[2] Its interior is covered in a white glaze. Another closely comparable box was included in our 2013 catalogue Chinese Boxes as number 1.[3]