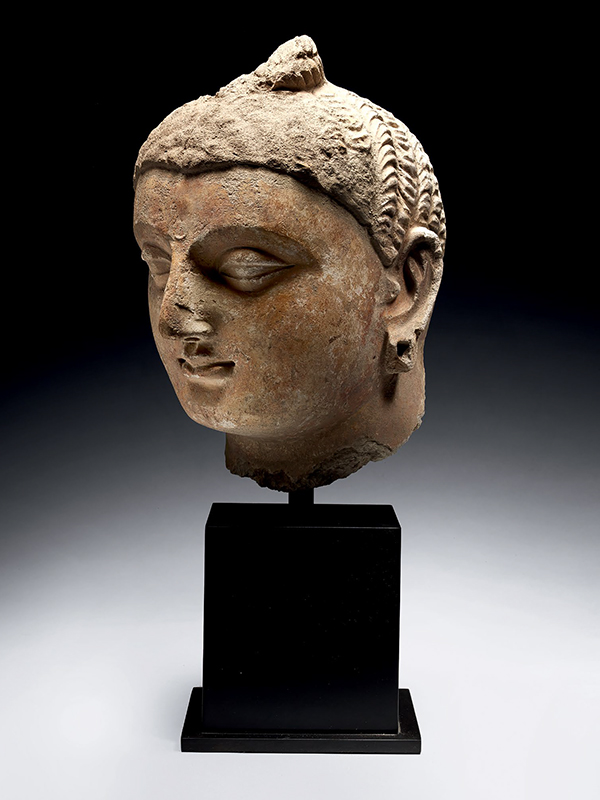 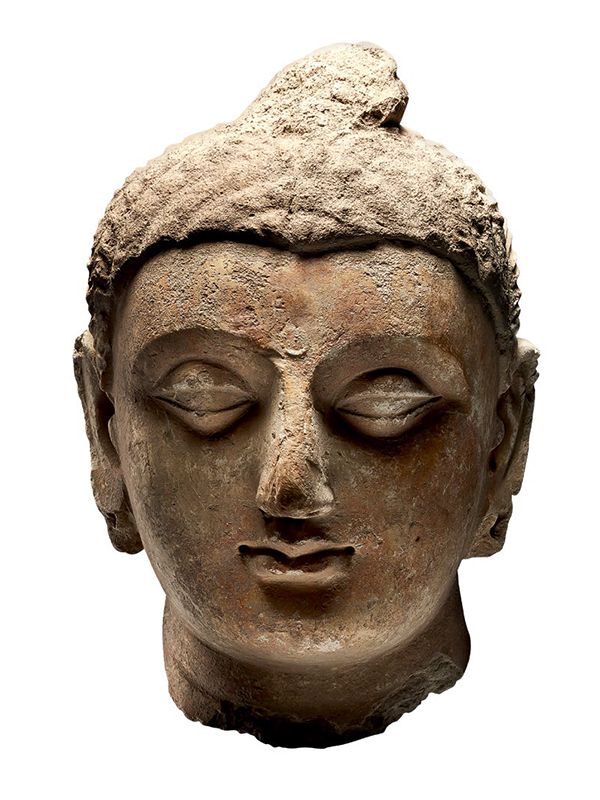 A large stucco head of Buddha Shakyamuni, his hair arranged in vertical strips with transverse curves, tied in a topknot (ushnisha), most of which is now missing.  The face has regular features; the narrow eyes are long and horizontal under low fleshy lids, the sharp edges of the eyebrows provide a continuous arc from brow to the narrow, straight nose, the mouth with shaped lips is set back above a full chin.  A faint urna is visible low on his forehead just above the nose.  The head retains part of the neck, and the face and neck are covered in an even layer of earthy orange-brown pigment. The areas near the ears show a darker-toned pigment.

This finely carved, large stucco head of Buddha originates from the Gandhara region, the area that is present-day Afghanistan-Pakistan.  According to Behrendt, a row of stucco Buddha figures with heads such as this one would typically have embellished the base of a stupa, replacing the narrative biographical scenes of earlier centuries. 1 The worshipper would therefore be confronted with a stupa surrounded by multiple Buddhas, none singled out as a focal image.  Although moulds were used to produce the bodies of stucco sculpture, the faces appear mostly to have been executed freehand. Comparable Buddha heads can be found in the collections of the British Museum in London 2, the Musée Guimet in Paris 3  and the Los Angeles County Museum. 4