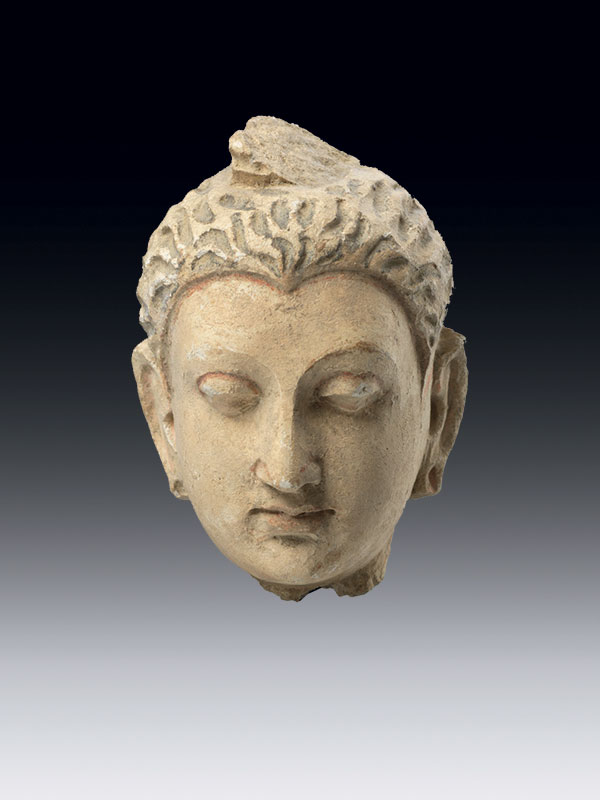 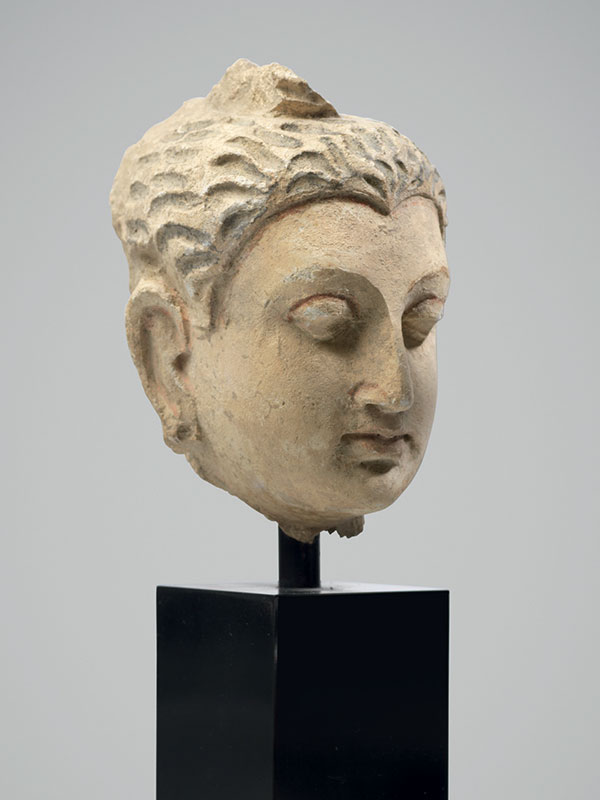 Stucco head of the Buddha

A small stucco head of Buddha Shakyamuni, his hair neatly arranged and tied in a topknot (ushnisha), most of which is now missing. The face has regular features; the narrow eyes are set under low fleshy lids, the sharp edges of the eyebrows provide a continuous arc from brow to the narrow, straight nose, the mouth with shaped lips is set back above a full chin. The long ears are pendulous and pierced at the bottom. The face is covered in an even, almost white, layer of pigment. The areas near the ears show a darker toned pigment.

This finely carved, miniature stucco head of Buddha originates from the Gandhara region, the area that is present-day Afghanistan-Pakistan. The sensitive modelling of the head was achieved by working in stucco, giving it a more expressive quality compared to the formal, somewhat harder, images in stone. Although moulds were used to produce the bodies of stucco sculpture, the faces appear mostly to have been executed freehand.  Comparable Buddha heads are in the British Museum, London[1] and in the Musée Guimet in Paris.[2]