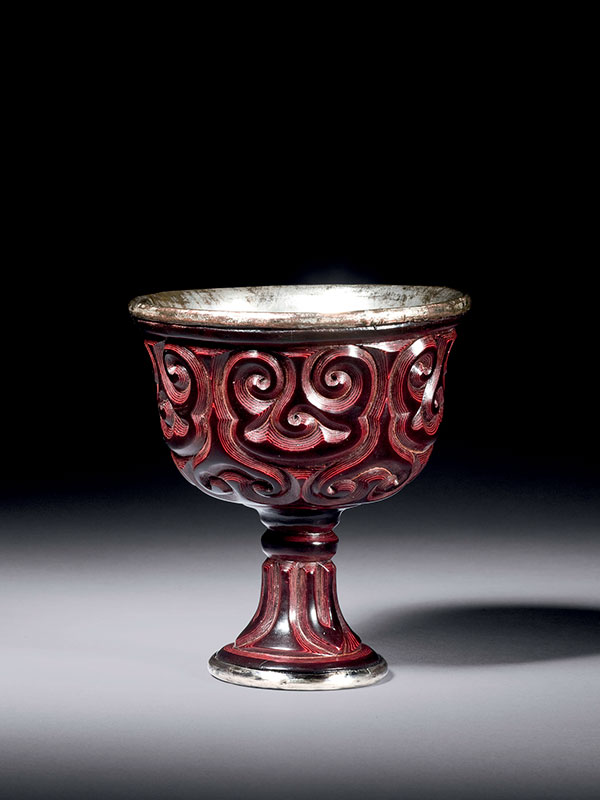 A tixi lacquer stem cup, the trumpet-shaped, knopped base supporting a deep bowl that terminates in a flared rim. The exterior of the bowl is carved in the tixi technique with a large band of five carved pommel scroll motifs above a narrower band of five inverted scrolls. The stem is carved with two plain rings above three V-shapes. The grooves are cut through a thick layer of black lacquer at an angle, revealing a pattern with distinctive layers of red and black. The interior of the bowl and the slightly recessed base are lined in silvered metal.