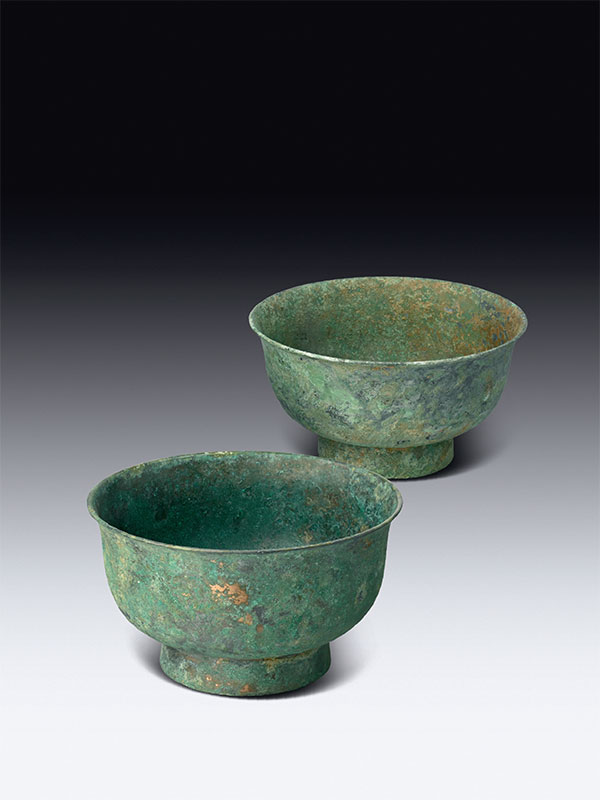 Two metal bowls, the thinly beaten, rounded sides with everted rims and supported on a high, tapered foot. The metal of both bowls is covered in an attractive green patina that shows numerous gold flecks on the larger bowl.

These two bowls are made of metal, probably bronze with a high copper content, that shows up particularly on the large bowl, which has numerous “gold” flakes on the surface. During the Tang dynasty there were strong parallels between metal and ceramics, and it could be argued that these unadorned metal bowls served as prototypes for ceramic bowls of the period. A white ­glazed bowl in the Meiyintang Collection has almost the same profile.[1] It was produced in the Hebei area during the Tang dynasty in the 8th or 9th centuries. Th e text refers to a silver bowl of this form.[2] That the same shape went on to be made during the subsequent Song dynasty is clear from a bowl with russet spots, also in the Meiyintang Collection, which is dated to the Northern Song dynasty, 11th or 12th century.[3]