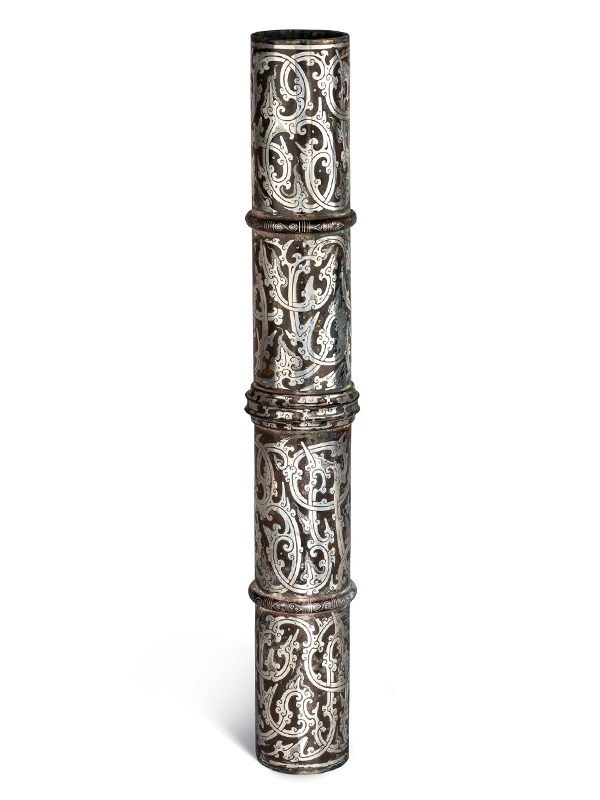 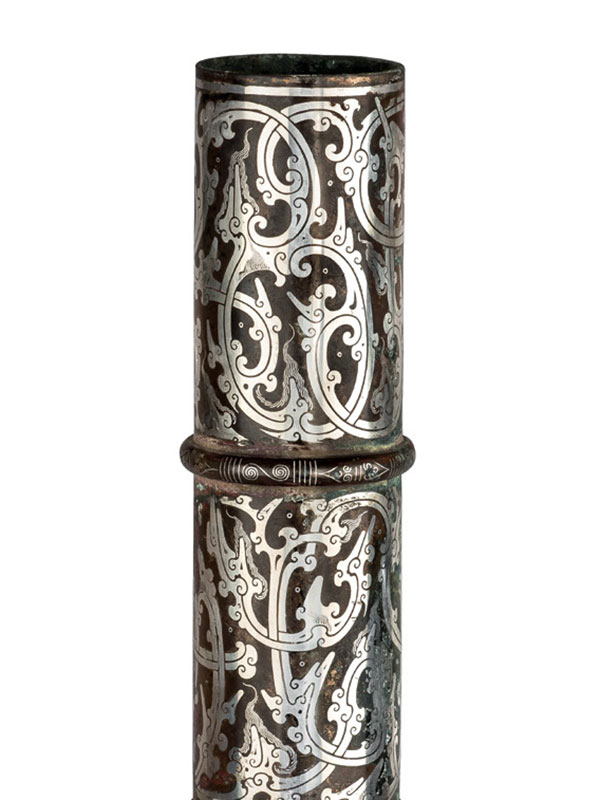 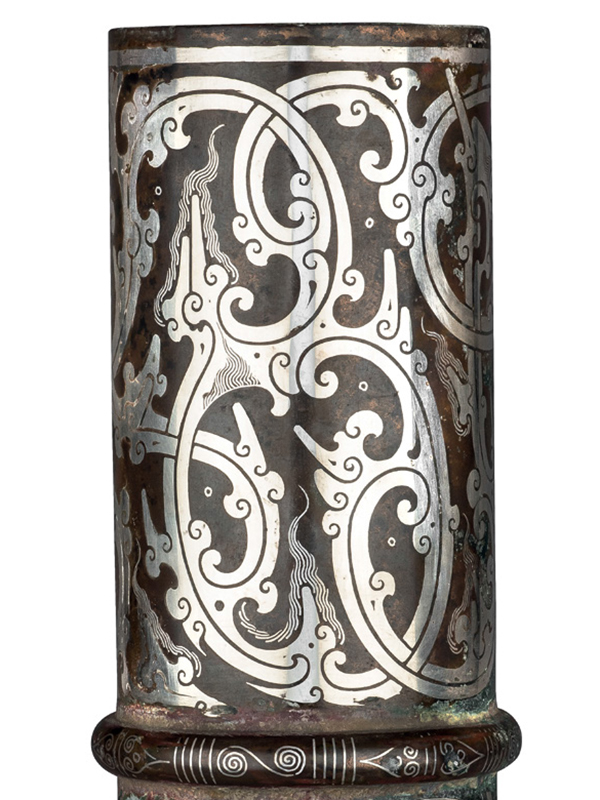 A large silver inlaid tubular bronze chariot fitting, cast in two sections fitted together by a key and socket joint. The body has a ridged triple-band raised in the middle of the fitting, with a half-round band centering the two sections. The four registers are each inlaid in silver with intricate scrolling cloud motifs composed of double strap work, showing a fantastic landscape with mountain peaks. A fluid movement is further created by smaller inlaid silver swirls. The surface of the fitting is smoothly polished and shows the original dark-brown colour of the metal. On the sides of the fitting traces of green and brown colour are visible.

This magnificent fitting, beautifully inlaid in silver, was made to hold a wood shaft supporting a canopy over a chariot belonging to an imperial prince or a high-ranking official.[1] The style of freely drawn motifs that is visible on the fitting first appeared on the finest painted lacquer wares. The production of such complex designs in precious metals inlaid in bronze, such as on the present example, is rarely seen and is a testimony to the extraordinary craftsmanship of the artists of the Han dynasty. In Han decorative arts, the swirling cloud pattern (yunqi) was a tangible illustration of the concept of the qi of immortality. There are only a few known comparable examples: a smaller fitting inlaid in gold and silver with figures and animals amidst undulating cloud motifs was discovered in Han tomb M122 of a prince of the Zhongshan state at Sanpanshan, Dingxian county, Hebei county in 1965 (fig. 1).[3] Two similar examples can be found in the collections of the Miho Museum and the Tokyo Art Institute.[4] A further comparable example was published in the exhibition Arts of the Han Dynasty.[5]