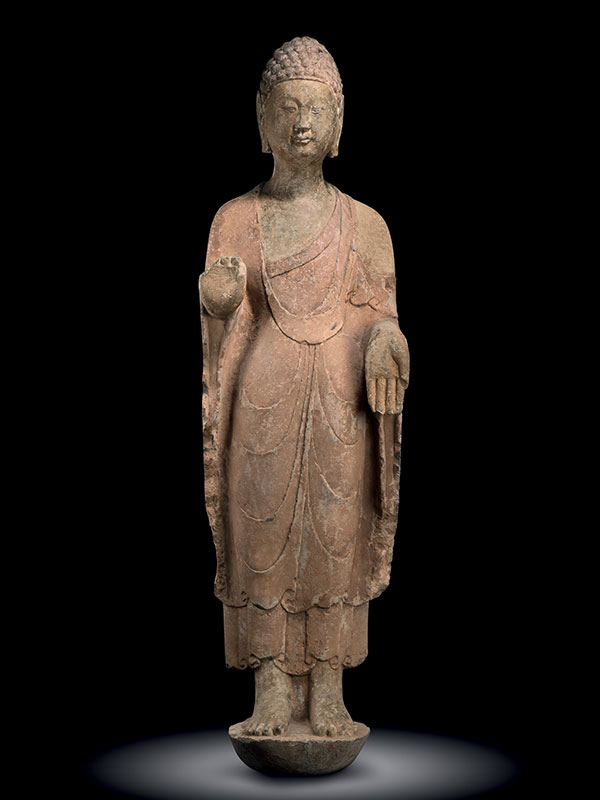 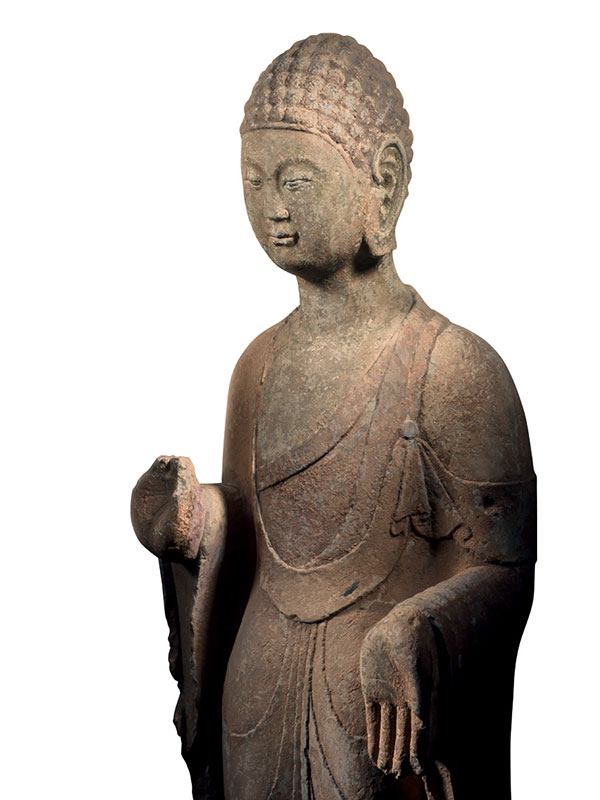 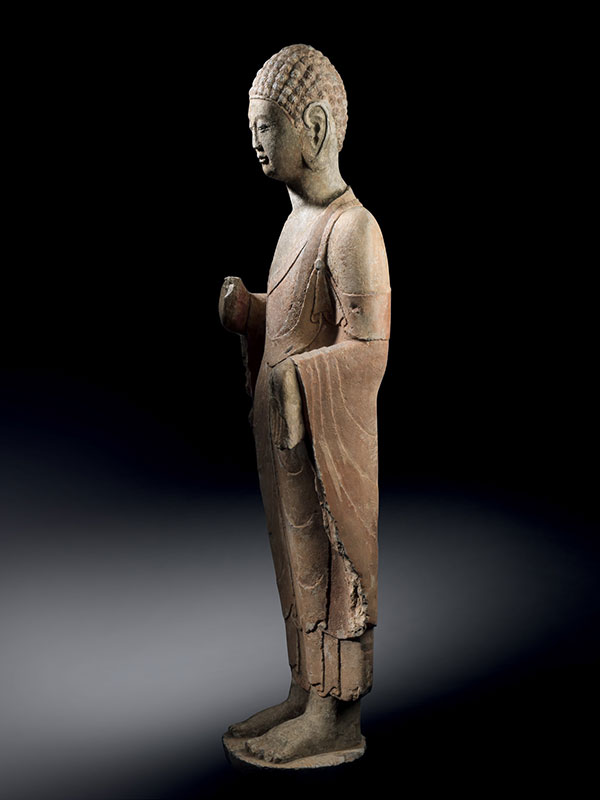 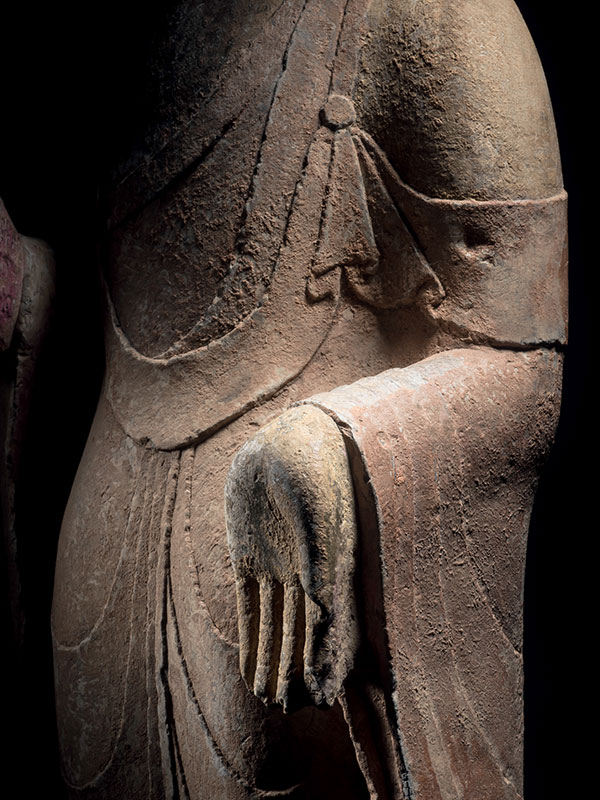 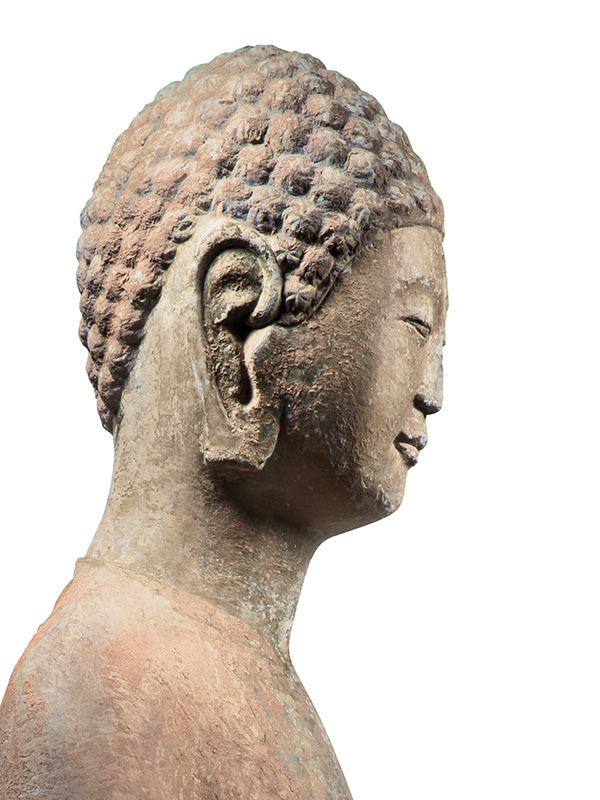 A limestone sculpture of Buddha, standing wearing layered robes that cover most of the body, leaving only a part of the chest uncovered. The left arm is extended alongside the body in varada mudra, signifying ‘your wish is granted’. The hand on the half-raised right arm is fragmented, but is possibly held in abhaya or vitarka mudra, indicating ‘fear not’ or ‘teaching’. The folds of the clinging robes are exquisitely detailed on both the front and the back of the sculpture. The head has a plump, round face with heavily-lidded, downcast eyes underneath arched eyebrows, a flat nose, large ears with pierced lobes and a small mouth with bow lips. Tightly rolled curls cover the head and cranial protuberance. A layer of white undercoating and some traces of red pigment remain, and extensive traces of gilding are visible on the face, chest and hands of the Buddha, all indicating the bright scheme of colours that originally covered the grey limestone.

Buddhism was introduced to China from India, and it is therefore not surprising that early Chinese Buddhist sculpture was strongly influenced by Indian sculpture, particularly that of the Gupta period, when sculpture typically emphasized the body form. Indian Buddhist sculpture was in turn much influenced by earlier Greco-Roman sculpture and this is evident in the beautifully rendered folds seen here on the Buddha’s robes. This wonderful sculpture manages to convey a great sense of monumentality in its stance, the position of the right arm and the elaborate pleats of the robe. It is rare to find such ample evidence of the original painted scheme and traces of gilding as seen here. Stylistically, the present Buddha relates strongly to a group of sculptures discovered at the site of the Longxing Temple in Qingzhou, Shandong province in 1996 and now housed in the Qingzhou Municipal Museum (fig. 1).[1] A Northern Qi white marble sculpture of a monk from Hebei province from a private collection in Taiwan has closely comparable features and a similarly pleated robe.[2]