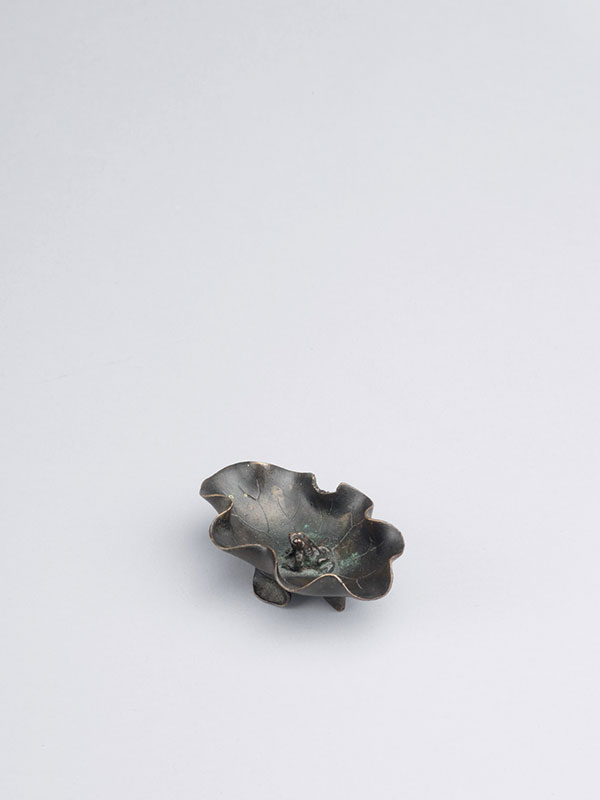 A bronze brush washer modelled in the form of an irregular, naturalistically depicted lotus leaf, the edges curled inwards and the base formed by twisted stalks from which emanate two lotus leaves and buds. A small frog sits in the centre of the interior. The outside of the vessel is engraved in imitation of the natural veining of the leaf, as is the interior. The bronze is of predominantly dark brown colour, darkened by patina with some russet green markings visible to the sides.

This bronze brush washer, modelled as a skilfully executed, naturalistic depiction of a lotus leaf, fits perfectly into the general spirit of Ming dynasty literati, who would have appreciated the visual pleasure its utter simplicity affords the viewer. Shallow receptacles filled with water for washing a brush after painting are typical accoutrements of the scholar’s desk and exist in a variety of different materials and forms. A closely comparable Ming dynasty jade brush washer in the form of a lotus leaf, also with a frog sitting inside, was formerly in the Qing Court collection and is now in the collection of the Palace Museum, Beijing.[1]