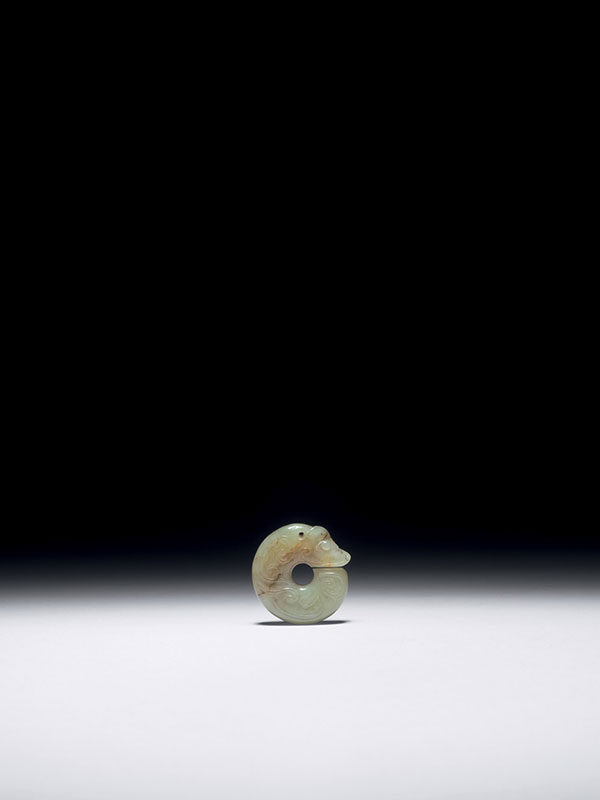 A small jade pendant of circular form, the round body representing a simplistically carved coiled ‘pig-dragon’. The animal has a powerful head with bulging eyes and a pointed snout, whilst its body is carved in low relief with spiral pattern. The jade is of yellowish green colour and has some areas of brown skin.

The prototype of this jade piece can be traced back to the Hongshan culture (c. 4000- 2500 BC) of the Neolithic period. Hongshan people of the northeast developed a sophisticated society in which jades were of enormous importance.[1} This specific form of jade is known as a ‘pig-dragon’ (zhulong), due to its zoomorphic forms with a pig-like head and elongated limbless body coiled around the head. The pig-dragon shape may have been developed from the slit ring of earlier periods.[2]   Two comparable jade pendants of such pig-dragon form, dated to the Hongshan period, are in the collection of the British Museum.[3] Another comparable Hongshan jade pig-dragon was formerly in the Qing Court collection and now is in the collection of the Palace Museum, Beijing.[4]