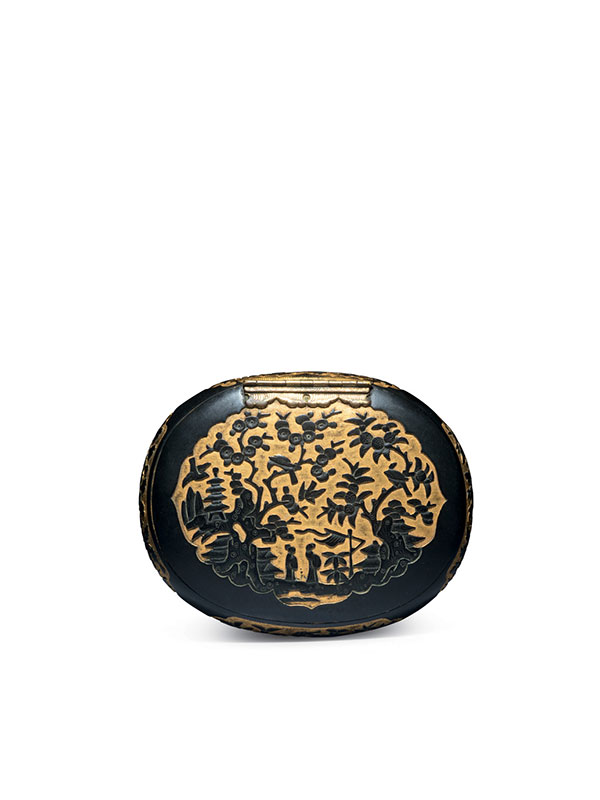 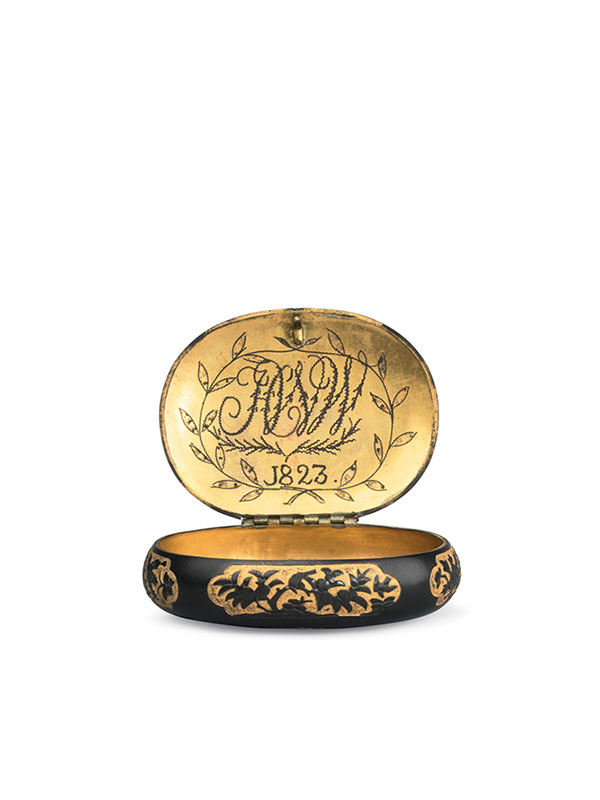 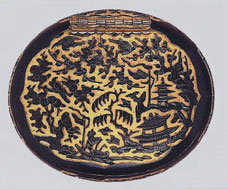 An oval-shaped box with a rounded body and a hinged lid. The slightly domed cover and the base are decorated with foliate cartouches containing black lacquered landscape scenes with figures, trees and birds, all against a gilt granulated background. The rounded sides are adorned with four cartouches containing flower and bird motifs. The interior is gilded, and the inside of the cover is engraved with the initials H.W.W, relating to the previous owner and 1823, the year of the engraving.

This wonderful box was made to contain snuff tobacco, a custom that became very popular in 18th century Europe. Works of art in metal made by Asian craftsmen, adopting European models combined with Japanese and Chinese materials and decorative motifs were given the name Sawasa by the Japanese. Luxurious Sawasa tobacco boxes, such as the present example, were commissioned by the Dutch East India Company and made following intercontinental Asian connections in the trade. Closely comparable examples, similar in size, shape and decoration, manufactured from c. 1720 onwards, were exhibited in Sawasa: Japanese Export Art in Black and Gold, 1650 – 1800 at the Rijksmuseum in Amsterdam in 1998 (fig. 1).[1] A further comparable example, made ca. 1720 for the Dutch market, is in the collection of the Victoria and Albert Museum.[2]