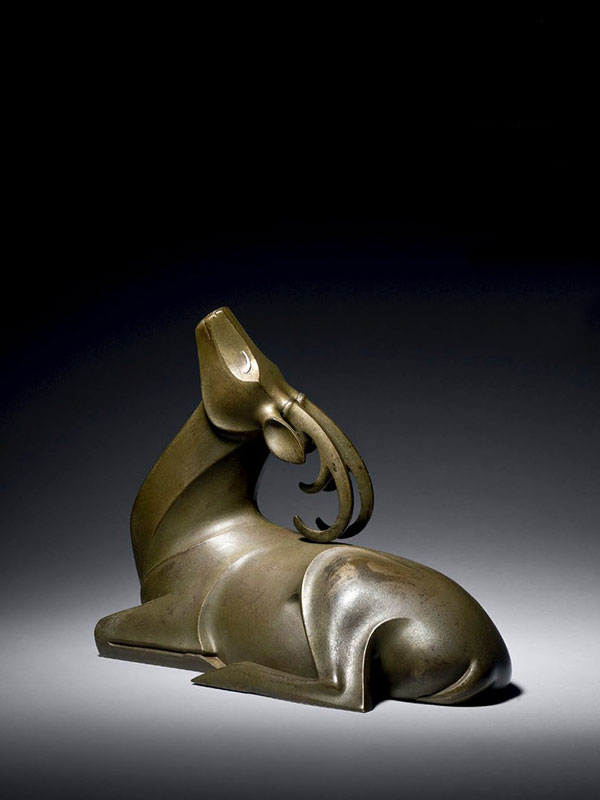 Kobayashi Bishun was born in Tottori prefecture. He studied metal craft under Unno Bisei (1863-1919), who was professor at the Tokyo School of Fine Art.  Bishun’s earliest known work dates from 1925 and was a presentation item, a large engraved silver vase, for the Silver Wedding Anniversary of the Taisho Emperor, commissioned by Osaka city. He continued to produce several presentation pieces, such as a mantle-piece clock made on commission by Osaka city to celebrate the birth of prince Akihito in 1934. He exhibited 14 times in all at the Teiten, Nitten and Bunten exhibitions. In 1937 he exhibited at the Paris Great Expo, where he received an award.