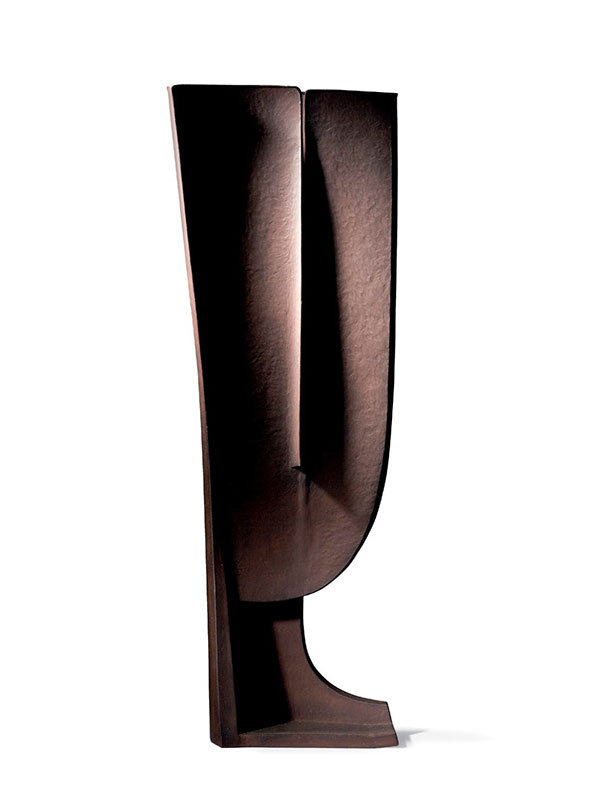 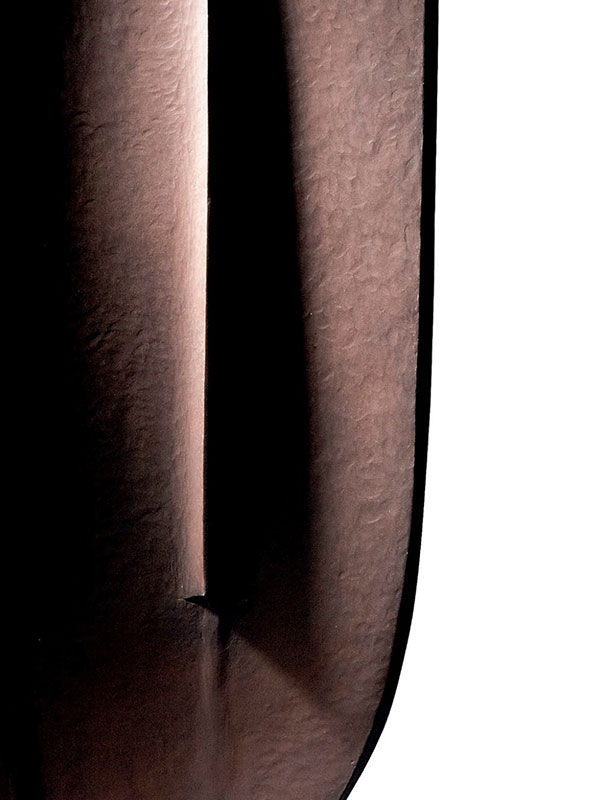 A large cut and hammered sculpture of a stylised face made of iron. The elongated face tapers slightly down and curves on the right hand side into the face’s chin. The left hand side of the face runs down into a straight angle, which serves as a stand. The distinctive long nose is created by slightly unfolding the central part of the iron. A small mouth is cut out immediately below. The entire surface is slightly bowed. The iron has a warm, even, brown tone and subtle hammering marks are visible.

On the reverse an inscription reads: 10, 1968. Sakae, N. Sakae Niiyama enjoyed a prolific career as an artist, receiving numerous awards at exhibitions such as the Nitten (highest honors in 1955) and Nihon Shin-Kogeiten. He also immersed himself in a wide range of other activities such as the scientific study of cultural properties, mostly regarding the materials and techniques used in ancient metal wares as well as their restoration and reproduction. After completion of his postgraduate studies in metal work at the Tokyo National University of Fine Arts and Music in 1957, Niiyama became a junior assistant in the Materials Laboratory at the university, becoming a professor in 1988.1 He retired in 1997. The Tomioka Museum of Art held a solo exhibition dedicated to his work, accompanied by a catalogue. A further solo exhibition was held in 1996 at The University Art Museum, Tokyo National University of Fine Arts and Music, to celebrate the artist’s retirement from the university, also with a catalogue. The present sculpture was exhibited at the 1968 Nitten exhibition.